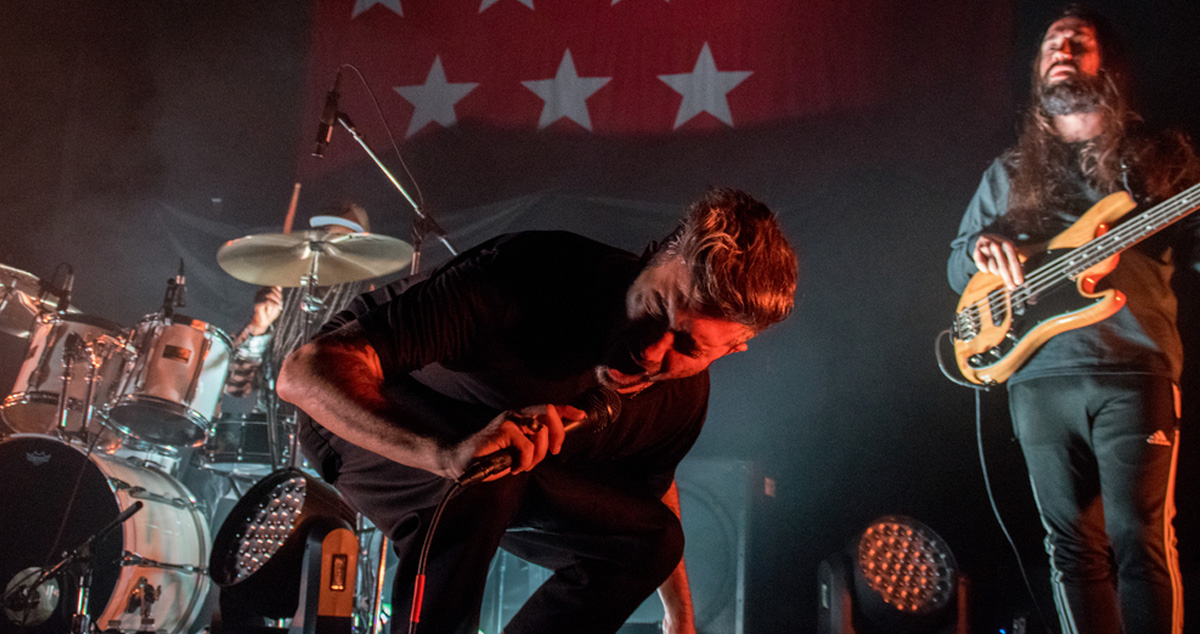 I finally moved to Long Island yesterday! I’ve wanted to move here for a long time — I love the area, my girlfriend lives here, and it’s home to some of my favorite bands like The Movie Life. And of course, my favorite staple of living in Long Island, joining and getting kicked out of the post-hardcore band Glassjaw.

When I set my bags down in my new apartment, I was shocked to find a summons from Nassau County’s Department of Employment. It looked like a jury duty notice, except it said that as a Long Islander I had a civic obligation to play a stint in Glassjaw.

It turns out Glassjaw’s constant, volatile line-up changes centered around founding members Daryl Palumbo and Justin Beck, have wreaked havoc on Long Island’s job market. Embracing my newfound responsibility, I headed over to meet the guys and record some material (they told me it’s scheduled to be released in 2039 but that seems unreasonably optimistic).

Daryl and Justin were super cool at first. They introduced me to current drummer Mary Anne Connors, a retired kindergarten teacher who had already been thrown out of the band twice. I explained that I’ve never picked up an instrument before in my life, but they said that it had never stopped anyone from playing bass before.

Daryl wanted to hear how we sounded on a few old songs, but as the band launched into “Tip Your Bartender,” I just kind of nervously slapped at the strings.

Related: We Asked 6 Hardcore Vocalists How They Relax While Their Bands Load in Gear

From there it was a disaster. Daryl berated me for hours about my lack of talent, awful musical instincts, and, in particular, my decision to wear a turtleneck to the recording. Even Mary Anne got in on the action when she called me a “little Taking Back Sunday bitch.” It wasn’t long before Glassjaw told me to get the hell out of the studio, concluding my civic duty to Long Island.

As bad as the experience was, it sparked a musical passion I never knew I had. I was actually excited when I got home and saw I had a new summons waiting. This time I would even get to sing — it turns out that Brand New has an opening!