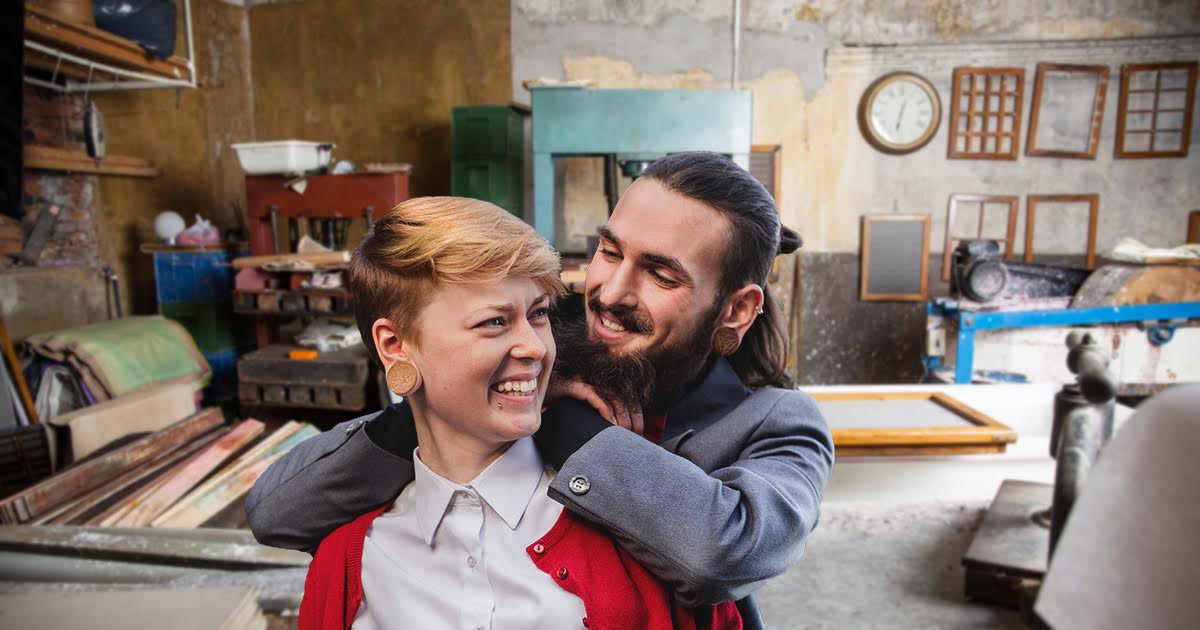 Sometimes you come across a story that is just so inspiring, you have to say, “Wow, that’s pretty neat.” After weeks of depressing stories about conflict overseas, police violence, and Donald Trump’s presidency in general (right?!), it’s good to finally be able to bring you a story that is marginally better! Meet the punk couple who we are pretty sure made some kind of organic soap or some shit like that.

Tracy and Pedro Hernandez started their company, Bone & Arrow, in the basement of their New Brunswick flat during the financial recession. “We had spent years looking for a product that does what ours does, and nothing suited our tastes, so we decided to make our own,” said Pedro of his company which we are fairly certain uses some sort of essential oils. “We just realized the market was begging for a product like ours,” he said, holding a quaint hand-screenprinted cardboard box of something that could easily contain a hygienic product.

Likely using some combination of their DIY punk ethic, and a little elbow grease, they probably started small, selling just to their friends and family. We can only imagine the product took off from there to modest regional sales. The product, which probably is made without any of the apparently bad shit in the mass produced version of the product, is made sustainably and with a small carbon footprint, one can safely assume.

“Of course, we donate one of our products for each one sold to places of intense civil war or conflict, like Syria or the Congo or whatever,” said Tracy. “We feel like if we can bring even a small measure of comfort to blah blah blah you get the idea.”

The product, which is probably around $25 or thereabouts, smells like — if we had to guess — lavender and sandalwood? We mean, it smells pretty good honestly. Whatever the smell, we wish these two hard workers the best until something inevitably comes out about how it’s NOT a good idea to give this stuff to kids in war-torn areas.

It seems like Tracey. and Pedro are trying to change the world with organic soap. It has to be soap right? Let us know if you think it’s soap in the comments below!