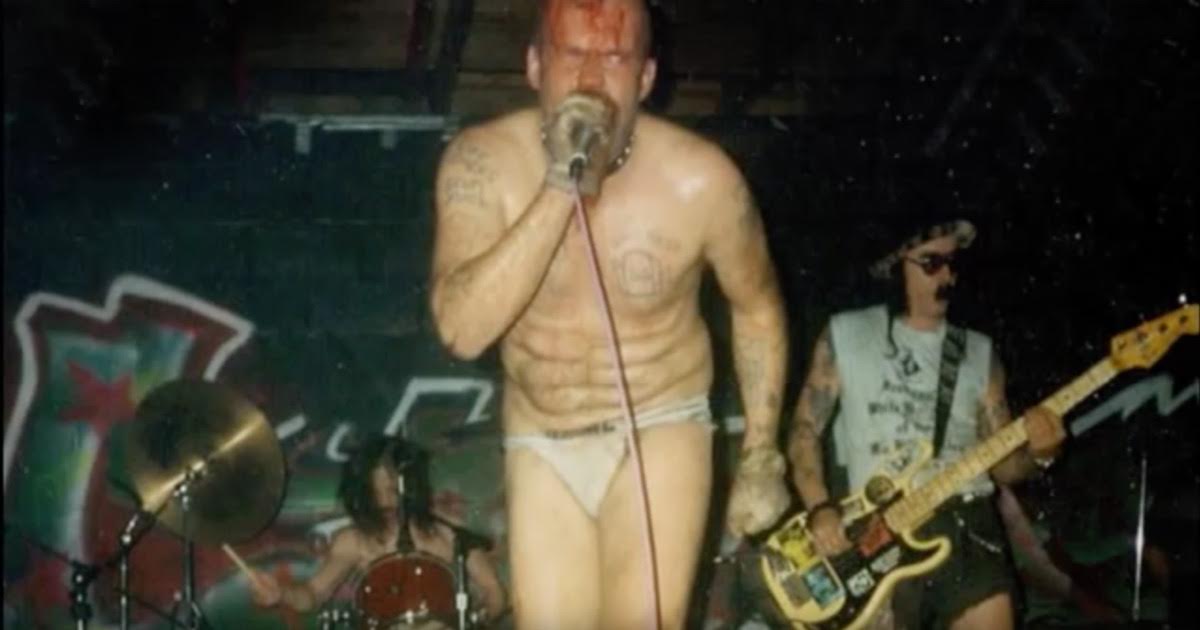 “Suck My Ass it Smells” is mid-period gem composed by an artistically fully matured G.G. Allin. The song’s simple yet evocative lyrics were born of an increasingly nervous Allin, afraid that too much fame had compromised his ability to write authentically about the scumfuck lifestyle.

From that pressure, Allin crafted one of the finest works of his oeuvre. But what’s Allin really getting at here? Is it just a crude demand to attach your lips to his rancid butthole, or is something bigger at play?

Hard Style decided to breakdown this monumental track line by line and find out.

Allin begins his song with a statement of purpose. For context, it was 1988 and the President was the staunchly conservative, borderline fascist, Ronald Reagan. The lyric is a battle cry. Who’s gonna be the non-conformist who listens and sucks Allin’s smelly ass, and who’s going to be a good, God-fearing American and blindly consume?

In Allin’s circle of junkies, if he implored someone to suck his ass, they would. There was never a need to repeat himself. Yet, the desperate chinks in his crud-crusted armor show through here. The seeds of doubt are well sown. Why must the man beg? Who won’t slurp his vile hole?

Allin appears to bargain with his universal listener, pleading with them to suck his putrid ass. Here, Allin is at his most vulnerable as an artist. Was he afraid that his ass didn’t smell? There’s a sense Allin’s trying to convince the audience that, yes, my ass does still reek of old heroin and gas station hot dogs. Allin’s fear that he had become too successful to maintain his signature rotten ass is palpable.

The second movement of the song commences with anger and renewed vigor as Allin maintains his search for someone to apply the vacuum treatment to his backside. But the overt anger on display is mere bluster, a poor disguise for a guilt-ridden Allin lamenting over the foul asses he himself has refused to suck. Sure, he’d gladly cut your junk with Drain-O to give it a surprise kick, but would he truly suck your ass in a crisis? We can’t be sure, and neither was Allin.

Related: So Proud: My Poo-Covered Baby Is the Next GG Allin

There’s a sadness as Allin repeats himself yet again. This is a man whose malodorous ass remains unsucked after almost 18 seconds. It’s only now when Allin realizes he’s lost control. It’s not up to him if someone or something sucks his ass or not. The stench isn’t even a factor anymore. Perhaps he never had the power to demand an ass suckage on cue after all? Life is an illusion.

By the sixth time, the sheer repetition becomes the meaning. In essence, the form has replaced the content. It’s a brilliant turn as the seemingly loose lyrical foundation gives birth to an added, unexpected strength. Allin knew that so many of us are stuck in cycles of meaningless repetitions, be it in our careers or our personal life. Life is just one fetid ass suck after another.

Ultimately, we look back at this endless cycle of sucking on some really rank assholes and wonder what was the point of it all? It’s only when we make the conscious decision to escape the cycle that there’s no longer a seventh suck my ass it smells.

The song concludes as the listener feels evolved, having transcended from this scum-filled hellhole.

Incidentally, it’s also about the same time the smack kicks in too.

Agree with our assessment of GG Allin’s timeless, “Suck My Ass it Smells,” and would you have sucked GG Allin’s smelly ass? Let us know in the comments below!