I Lost a Bet, so Here’s My Review of Lil Yachty’s Acoustic Set 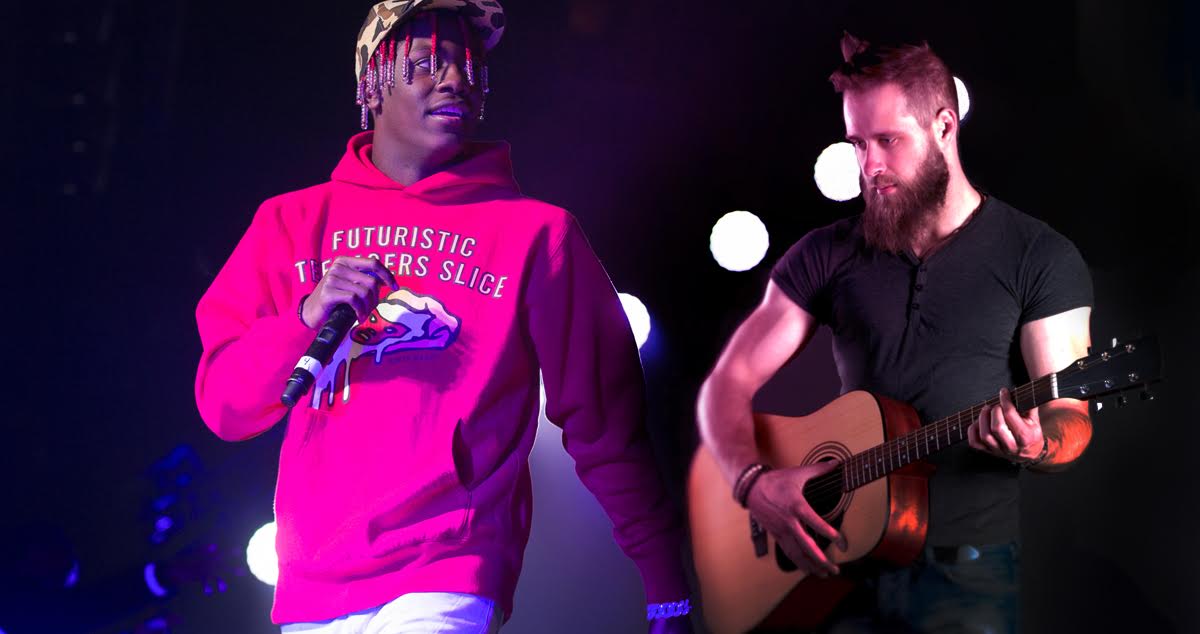 Last night bubblegum trap rapper Lil Yachty played an intimate acoustic set at Yancy’s in downtown. Sitting on a stool in front of a sold-out crowd, Lil Yachty played an acoustic guitar while his bandmates, Lil Tugboat and Willy Seabreeze, held down the rhythm on upright bass and brush drums. Wearing Kool-Aid red braids in his hair and rocking a pink prom dress, Lil Yachty regaled us with stories about the making of classic songs like “Minnesota” and “Peek A Boo” while he sipped syrup through a bedazzled crazy straw. It was a night that showed us exactly why Lil Yachty is the voice of his generation and I can’t keep writing this fucking trash.

Real talk, people: I only went to this show because I lost a bet.

It’s those damn hyenas in our marketing department. I made a bet with them that our “Crust Pup” shirt was going to be a bust because c’mon – a crust punk with a dog’s head? Who’s going to wear this shit? Just my luck: damn things sold like hotcakes. I was hoping they were just going to make me drink a bunch of Smirnoff Ice and call it a day. But no, my punishment would be far more cruel and unusual.

Let me be clear here, people: I got nothing against Lil Yachty. “Broccoli” is a stone jam. But acoustic Lil Yachty? What kind of sick, depraved mind wants to subject themselves to that torment?

A bet is a bet, though, so I went to the show. Since I’m one of like five people on staff who isn’t straight edge, I pregamed by drinking enough Everclear to blind a moose. I hoped that if I got really tanked it would make the show more tolerable.

Related: I Saw Primus Last Night and Met Seven Different People Who Play Bass and Talk About It a Lot

Lil Yachty’s voice, free of all studio trappings and effects, sounds like a baby donkey trying to scat. He hammered away at the guitar strings with all the grace of Edward Scissorhands trying to unhook a bra. I felt blood trickling down the sides of my ears. I vomited three times while he sang “Lady in Yellow.” It was the first song in his set.

Halfway through the show, the unthinkable happened: he started playing a mandolin. I prayed for death for the rest of the night.

After the show I curled up near a dumpster behind the venue and sobbed. Lil Tugboat saw me while they were loading out and spooned with me for a bit. His tender sympathy just made me cry harder.

Does it make you happy to read that, you sick sons of bitches? I cried like my dog died while a bassist spooned me. Does this warm your cold, skateboarding-loving hearts?