Loser Alert: This Person Said They Like Our Band 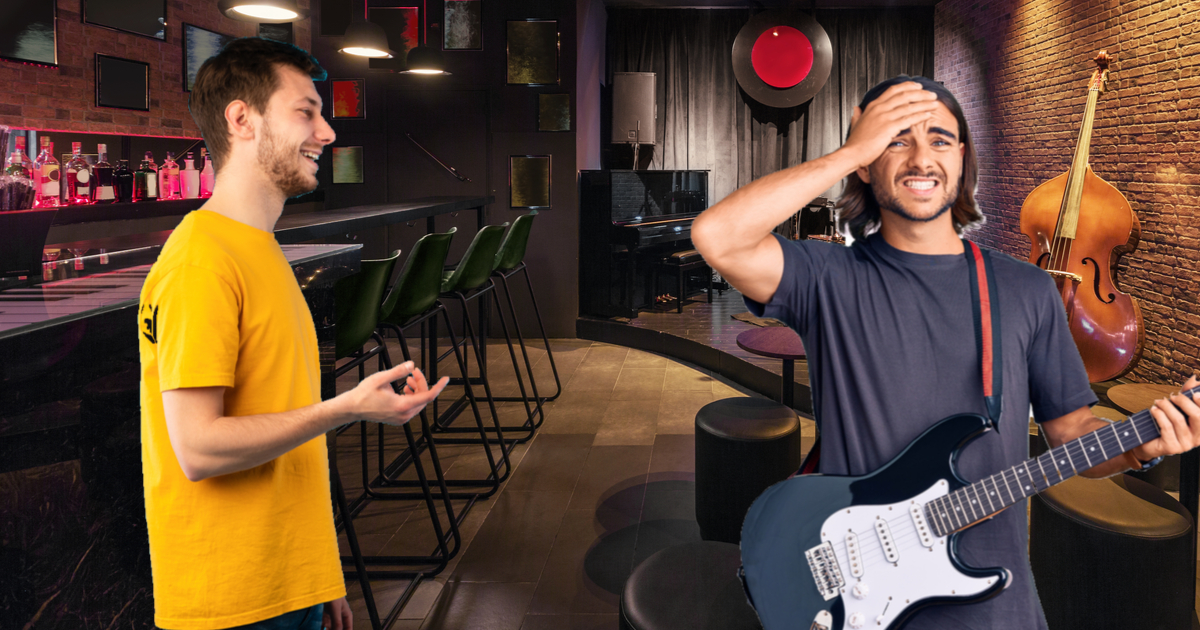 I don’t want to be overly judgmental of anyone, but let’s be honest, if you like our shitty local band then you’re a goddamn loser.

You just came up to us after we botched every aspect of our set and asked if we had merch you could buy. There can be no clearer indication of someone being the absolute worst than that. Red flag city.

Here’s the thing. I believe in this band. I think we’re great and I do my best to write and play songs I believe in. But I know damn well what we sound like. Our music is weird, jarring, and poorly made. This person either has the worst taste in music of they’re going to kidnap us. I’m honestly hoping it’s the latter.

Our drummer just pointed out he saw them singing along with our songs. That means they heard our album. That’s insane because our record sounds like it was recorded in the basement of a slaughterhouse. Because it was. Now that might be cool if we were a grindcore band but synth-pop typically needs some production value.

Disliking our band should be a prerequisite to being a normal, well-adjusted person.

And lastly, there’s also the fact that it’s us. Who would like some nobody’s band? Sure, everyone knows that if your friend asks if you like their band, you’re supposed to say yes but then start a new group chat without that friend to trash their band. But we don’t even know this person! What a fucking loser.