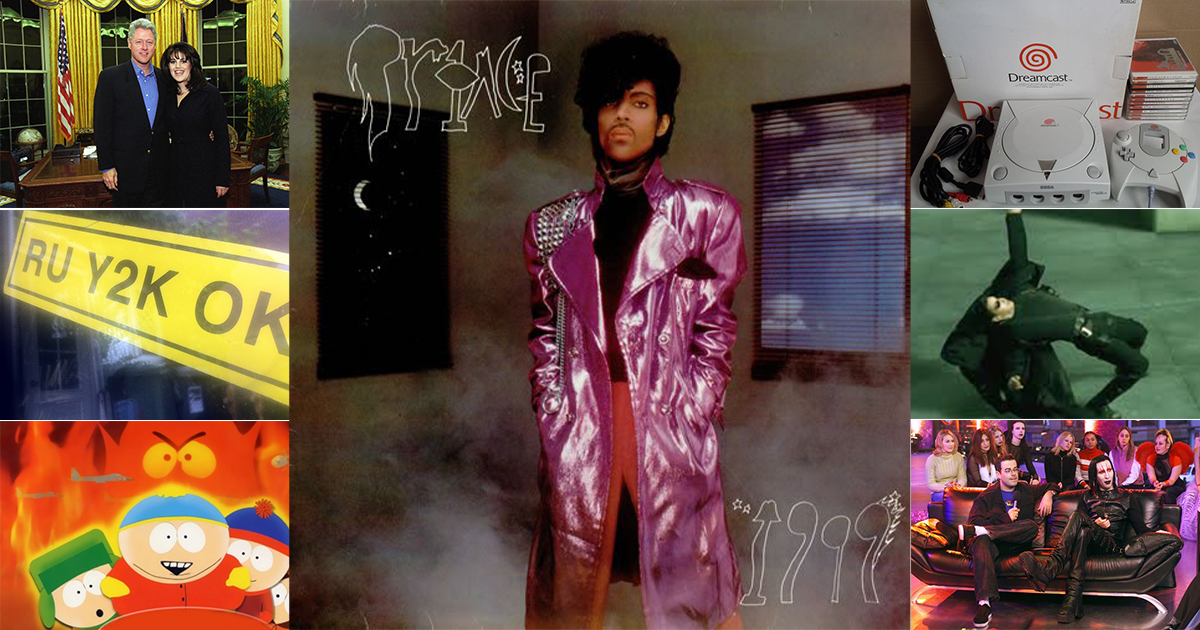 Prince’s “1999” is a perfect encapsulation of the year it was released. With current events serving as the raw material for his lyrics, Prince crafted an immaculate snapshot that still feels vibrant 20 years later.

The final year of the millennium was an exciting one that brought us Pokemon, Woodstock, and the first Star Wars movie (Prince would later admit Jar Jar Binks was the inspiration for “International Lover”). Contemporary references abound on the album. He boldly proclaims on the title track “Tryin’ to run from the destruction, you know I didn’t even care,” a clear reference to the global anxiety surrounding Y2K.

On “Let’s Pretend We’re Married” he laments “Look here Marsha, I’m not sayin’ this just to be nasty/I sincerely want to fuck the taste out of your mouth.” Here, Prince casts himself as the conflicted President Clinton pleading with Monica Lewisnky. “Marsha” is even an anagram of “Monica” if you use different letters.

There’s a backdrop of despair to the album as well. Lyrics such as “This one’s for Yosemite Sam and the tourists at Disneyland” and “Now you can all take a bite of my purple rock” are clear references to the tragedy at Columbine. While the energy here is celebratory, Prince reminds us “Parties weren’t meant to last.”

So as we look back at this brilliant album, let’s reflect on what the world was like when it was released 20 years ago. 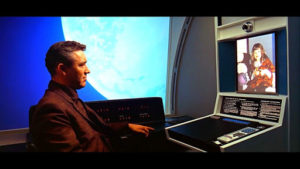 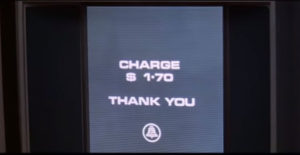 These days making a phone call is as easy as drinking a glass PhoneWater. But back in 1999, if you wanted to make a call from the moon, you had to sit down at a PicturePhone and pay roughly $1.00 a minute to talk to your stupid daughter on her stupid birthday. It’s eerie now to listen to “Something In The Water (Does Not Compute)” considering how prescient it was with regards to telecommunications technology.

All of Earth’s Kaiju were still secured on Monster Island 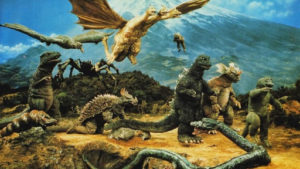 It was a simpler time. AOL was the best way to get on the internet; Tony Hawk had just landed the first 900; and you could walk down the street without running into any of Earth’s Kaiju. This was, of course, prior to the Kaiju escaping and laying waste to world capitals. On side three, Prince proclaims “All The Critics Love U In New York” but the city contained precious few critics after being trampled by Godzilla.

The gangs took over the highways, ready to wage war for a tank of juice. And in this maelstrom of decay, ordinary men were battered and smashed. 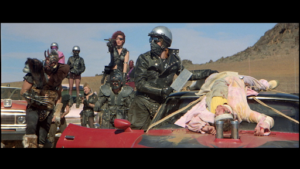 Of course, once everything collapsed, it became nearly impossible to listen to music anymore. Whoever is reading this, I’m not sure how you found it, but my message to you, fellow traveler, is that in a world as savage and brutal as this, you must find things of beauty to keep the light in your heart. I must now leave this place, much how I came, in my “Little Red Corvette.”