Wow! A Local Hardcore Legend Is at Your Doorstep. He’s 15 Minutes Late with the Pizza, How Much Do You Tip? 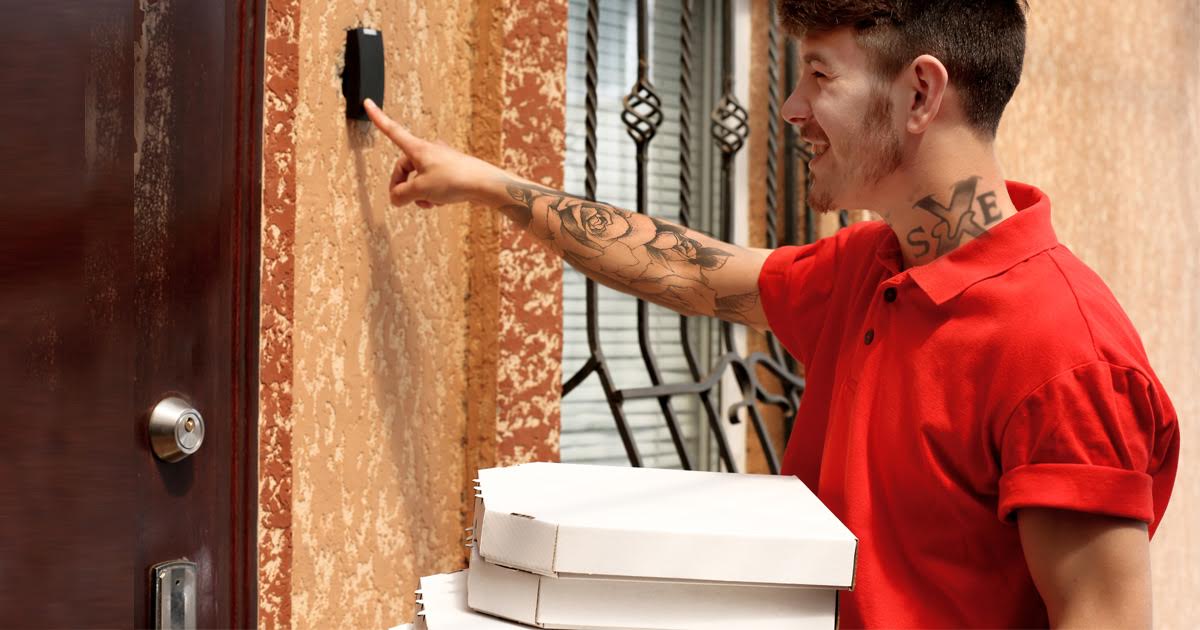 Look who’s lucky day it is! None other than Mortimer “Morts” Jacobs, frontman of influential Southern California hardcore band Havana 5-0 is at your front door.

The only problem is, he’s a full 15 minutes late delivering your extra large vegan pizza!

So you’ve got a decision to make — how much do you tip him? After all, his band’s first three EPs are all undisputed classic late-’90s SoCal hardcore. And you did rip off one of their T-shirt designs for your band’s demo tape artwork. But you were told the pizza would show up at 6 p.m., and it’s 6:15 p.m.! The pizza’s probably getting cold by now!

No one said this choice would be easy. Ol’ Morts is getting up there in the years — according to Wikipedia, he’s turning 42 next month — but you just checked, and you got green olives instead of black!

But look at that face. Word on the street is that he might get evicted from his apartment this month for all the late-night recording sessions he’s been doing in hopes of getting his noise tape label started. So Lord knows he could use the extra cash. Maybe you can overlook these mistakes, just this once.

Boy, he smells bad, though! You’re not exactly enjoying this interaction, star-struck as you may be. And shouldn’t that count for something? Don’t you — the customer — deserve to be satisfied by the supposedly competent people at Rico’s South Side Pizzeria?

Uh-oh, looks like he forgot the red pepper flakes, too! Come on!

Now, you fancy yourself a pretty solid tipper. Hell, you worked in the industry yourself a few years back. But you can’t in any good conscious give the guy more than 10% can you? Even that seems like too much considering he snickered at your Touché Amoré shirt when you opened the door.

How much would you tip good Ol’ Morts? Lets us know in the comments below.