I Knocked Out my Dad, So I’m the Dad Now 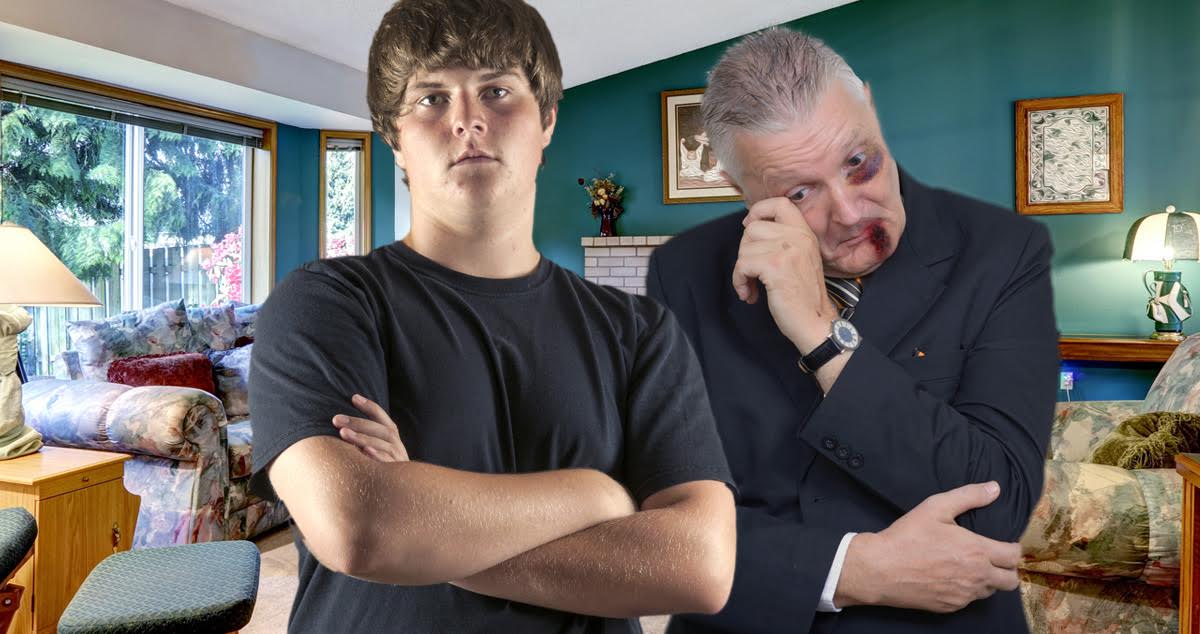 There comes a time in every young adult’s life when he has to stand up to his father, and become his own man.

First there were the little signs of change to come, innocuous Boggle wins and pickup basketball victories. Then I found myself sitting on the toilet longer and longer, and telling people to stay away from the thermostat. We were arguing at the dinner table one night, push came to shove came to knuckle sandwich, and I knocked out my dad, so I’m the dad now.

They say it’s hard raising a teenager, but I wouldn’t know. What I can tell you is that it’s hard being a parent as a teenager, especially when your child is a full-grown adult man. Parents are always joking with each other, “You think the terrible twos are rough? Just wait until he’s a pre-teen!” I try to commiserate, “Just wait until their mid-life crisis,” but all I get are awkward stares.

Related: OPINION: You’re Not My Dad

His body is going through changes, hair sprouting out of new places and the like. I had to sit my son-dad down and have an uncomfortable chat about keeping his ear and nose hair trim so he doesn’t get made fun of down at the firm.

I try to be encouraging when he explores new hobbies, if only he’d settle on one. Last year it was golf, then fly fishing, and we’re already onto recumbent cycling. Do you have any idea what a pair of clip-in bike shoes, a carbon frame, and a spandex outfit costs? Part of me thinks he’s just trying to fit in with the cool table at lunch.

I know his room is his space and I’m supposed to respect his privacy, but I looked under his mattress and found a copy of Bloomberg Market, and a baggie of Prilosec. I was concerned
about his mental state after he started quoting some Sean Hannity character at the dinner table (whoever that is). I’m sure it’s a phase and he’s only doing it to piss me off, I just wish he’d stop playing that damned Wilco at such a reasonable volume.

It’s hard enough being a parent, though the real challenge is maintaining a healthy marriage at the same time. That mom is a real hellcat.