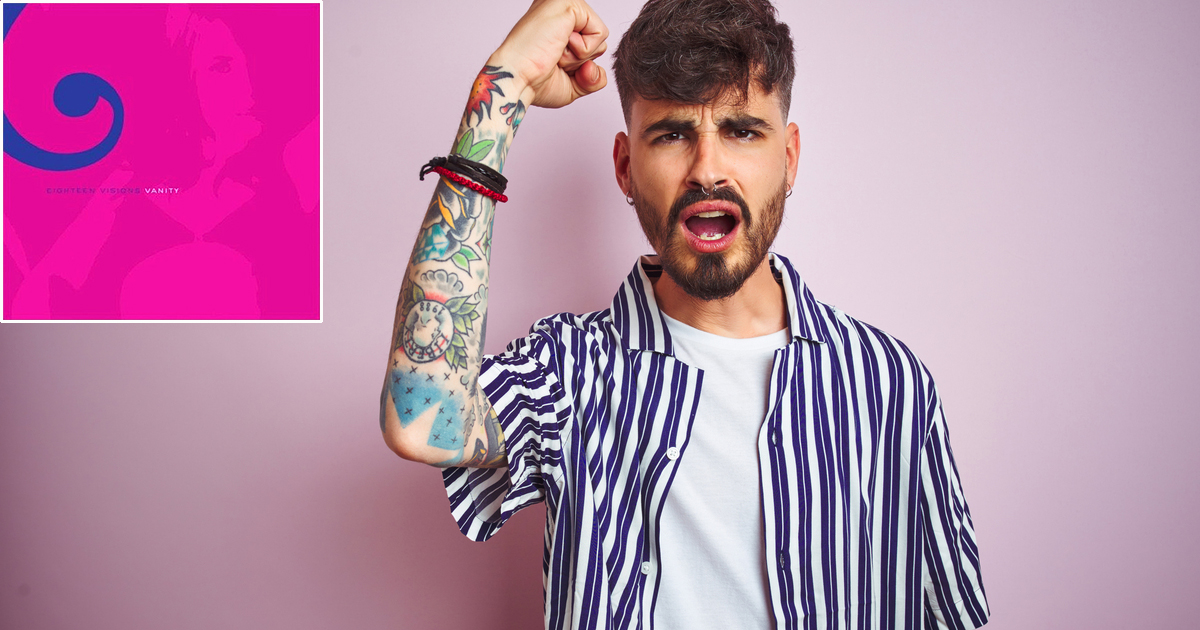 It’s hard to believe that the “Fashioncore” era of hardcore is nearly two decades old. This was a time that saw many people dying their hair jet black and growing it out enough to flat iron into a perfect Myspace worthy swoop. A time when wearing jeans so skinny and tight that they restricted the blood flow to their feet doing permanent nerve damage was cool as fuck. The seminal album that inspired it all is none other than “Vanity” by the Orange County metalcore outfit Eighteen Visions. 18 years later we look back on this total piece of shit.

The album starts with it’s title track “Vanity.” This song perfectly blends off key singing with generic breakdowns in a way that made every kid with a pair of Saucony shoes grip the back of their Youth Medium black t-shirt and scream back the lyrics that they were using in their AIM away message at that very moment. The 5:46 long track seems to stretch forever in a way that makes you think “Oh shit there are 12 more tracks I need to listen to in order to write this article, this probably isn’t worth the money.”

The next six songs blend together so seamlessly you almost can’t differentiate when one song ends and the next begins. Even upon several attempts on re-listening the results were still the exact same, I had the overwhelming desire to stop the album and reevaluate my life. Maybe go back to school so I wasn’t stuck writing this retrospective.

Track seven titled “The Critic” was the song I was most excited about. Being a fan of the underrated ABC cartoon all my life I fully expected this song to be chock full of references to Jay Sherman, but instead it was just more of the same. All I can say about this track is that it stinks.

Thankfully two out of the remaining six tracks are just filler that is meant to skip. The other four songs seemed to extend forever. As I listened to them I stared at the wall of my bedroom, just imagining a better life for myself and welcoming the sweet release of death.

Final word: Let’s all agree to forget this era of music ever happened.

Come back next week where someone else will review From Autumn to Ashes’ “Too Bad You’re Beautiful” because there is no way I’m doing it.