It Happened to Me: I Ordered $5000 of Merch Before Learning ‘Insane Clown Posse’ Was Already a Band 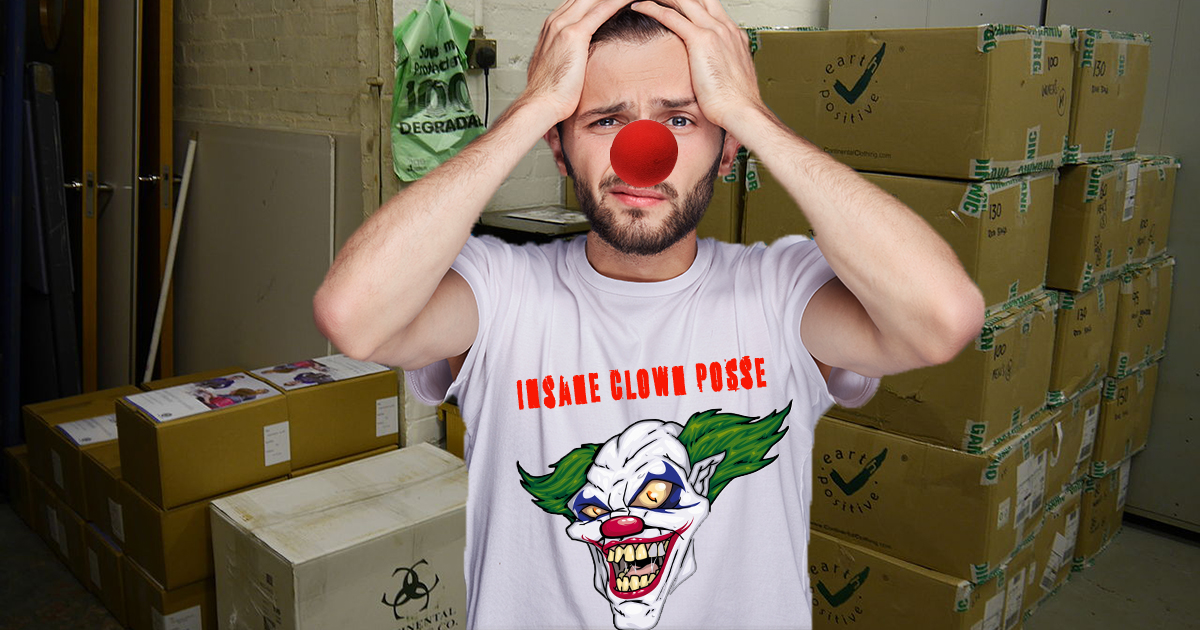 You have got to be fucking kidding me.

I’ve been jamming with a few friends lately and it’s been getting pretty serious. We recently booked our first gig, so we needed a name. And I came up with a name. I came up with THE name. I was so excited about this name that I came up with a logo and ordered thousands of dollars worth of merch, that’s how strongly I believed in it.

I swear to God I arrived at this independently. I was just walking down the street one day when all the sudden it hit me. “What if there was a band that was made entirely of clowns? But not like normal clowns, like crazy insane clowns. An entire posse of insane clowns. That band would be friggin dope as hell.”

It was the perfect idea. We just needed a name. And after an intense four hour session of drug fueled brainstorming and meditation I had it. I had the perfect band name.

Well it looks like I’m not the only one who blacked out on salvia and woke up to the greatest band name of all time written in their notebook, because it turns out The Insane Clown Posse already fucking exists!

Fuckin magnets. How do they work?

Even their music is similar to ours! It’s as if they too were inspired by all of my favorite musicians, Twiztid, Kottonmouth Kings Flying Lotus and The Amazing Jeckel Brothers!

Well, back to the drawing board I guess. You can’t keep a good band down. I’ll come up with a new name even BETTER than Insane Clown Posse or my name isn’t Winston Obedia 2 Dope!