Is He a Cop or Does He Just Like Holding His Skateboard That Way? 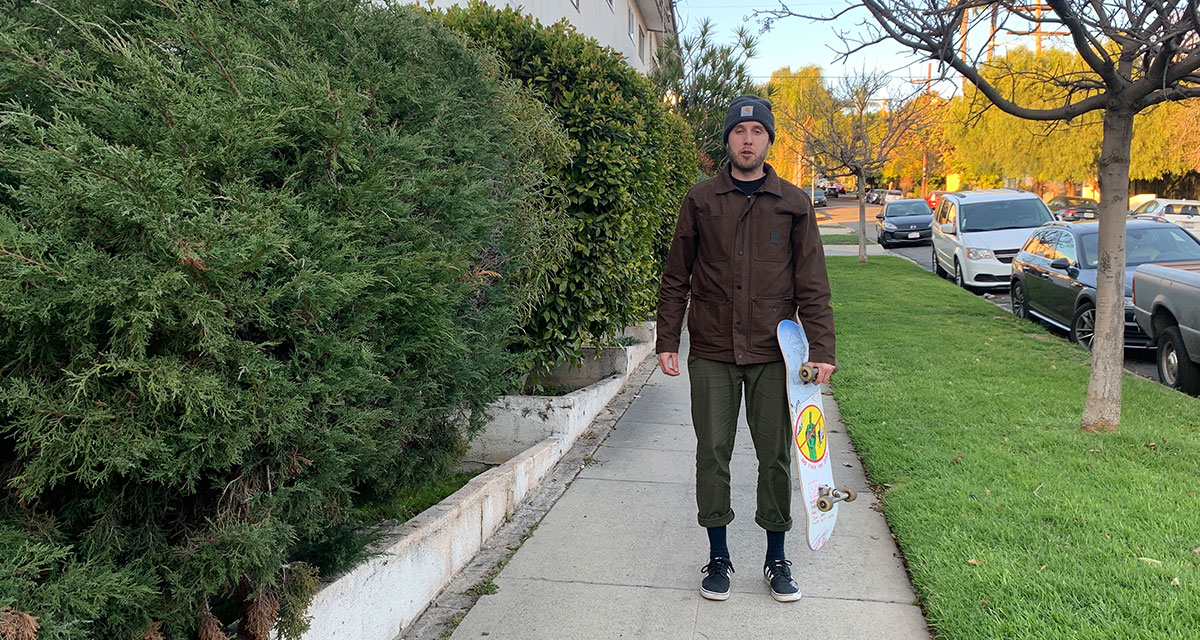 As co-owner of the sixth of the most respected skate shops in Albany, I have an unwritten responsibility to protect my crew from unfair skate laws and law enforcement. It’s a duty I take as seriously as shredding gnar itself, which is why I need to know if the new guy in town is a cop or if he honestly thinks that’s how you hold a skateboard.

I knew something was up when he came into the shop right as it opened and asked me to grip his board. His hands seemed perfectly capable and he was over the age of 10 so I wasn’t sure why he couldn’t do it himself, but I ended up doing it anyway. I did make sure to text the shop kid to hide any drug paraphernalia that might be laying around, just in case.

Call me paranoid but pretty much everything in this city is covered in stoppers except the skate park, which is why I need to stay vigilant and watch out for the main signs of an undercover cop like mall-grabbing, excessive brand-wearing, or chop-skating. And if you know what that last one is you’re probably a narc because I just made it up.

According to some guys at the park, last week he sat on a bench and sipped on the same Coors Light for two hours because he was, “recovering from a boardslide injury.” His pristine board and unscuffed Vans slip-ons wouldn’t know a boardslide injury if it was jammed up his poser ass.

Me and the boys currently have a bet going as to whether or not he works for the Albany PD but the other day he was publicly shamed into dropping in on the vert ramp, so we won’t know who won the pool until he wakes up from surgery. Either way, skate or die, pig.