Inspiring! This Band Dropped 165 Pounds by Kicking out Their Rhythm Guitar Player 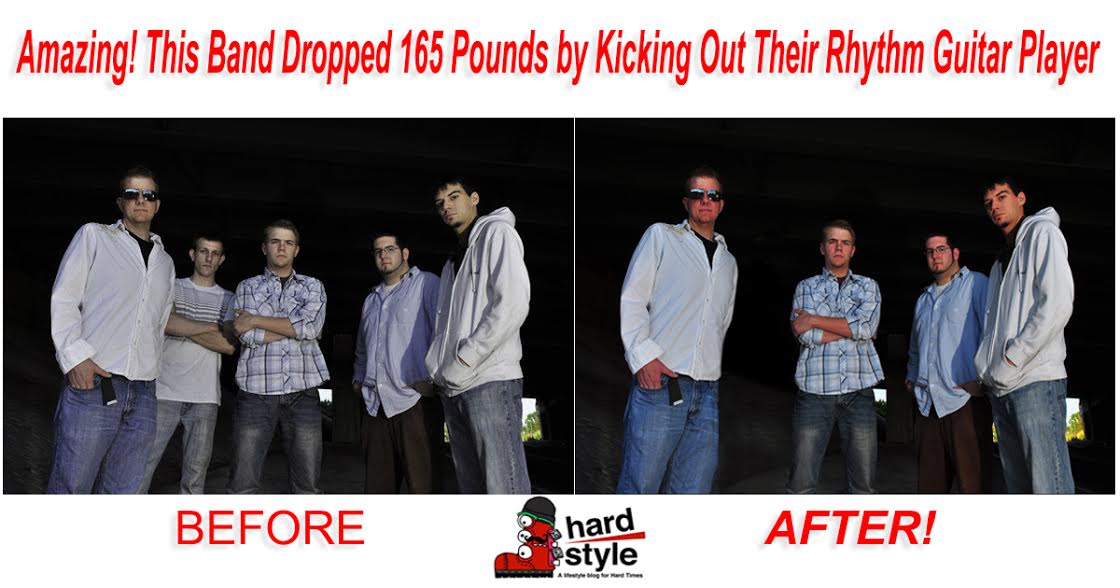 The hard rockers in the band Icarus Hearts recently went through an inspiring weight loss transformation when they lost 165 pounds by kicking out their rhythm guitar player. The band says they have never felt better.

“Listen, life on the road is tough. Lots of fast food, gas station hot dogs, and sitting in a van for hours,” frontman Jerry Andrews told me over the phone. “We took a look around and said we need to make a change, we can’t live like this.”

We all know that feeling!

Andrews said the band was halfway through a nationwide tour when they decided enough was enough.

“We had to do something, all that extra weight was killing us. Slowing down the van, consuming resources, and not to mention the added stress it put on our bodies,” said bass player Paul Corgan. “We have never felt better. We finally get to live life we always wanted and it really shows on stage.”

Good for you Icarus Hearts!

Their secret to diet success? The band informed former rhythm guitar player Mitch Casey that his services would no longer be needed after an embarrassing show in Canton, Ohio, and they quickly dropped 165 pounds after.

“I saw some pictures from the show and thought ‘look at us up there, carrying all that dead weight. We could be so much better,’” said Andrews. “At first we didn’t think we could do it. Losing weight is hard but you need to make that choice. So we told Mitch we bought him an Amtrak ticket back to Philly and he left that night. He cried the entire van ride, but you need to stay strong and disciplined.”

The band’s transformation has motivated others in the scene to also drop unneeded baggage, isn’t affecting change what music is all about?

“I saw Icarus Hearts after their transformation and I could see how happy they were —they all looked five years younger — so I called a band meeting that night and we kicked out our keyboard player,” said Marissa Espinoza of alternative rock band Showboat.

Have Icarus Hearts inspired you to make your own weight loss transformation? Let us know in the comments below.