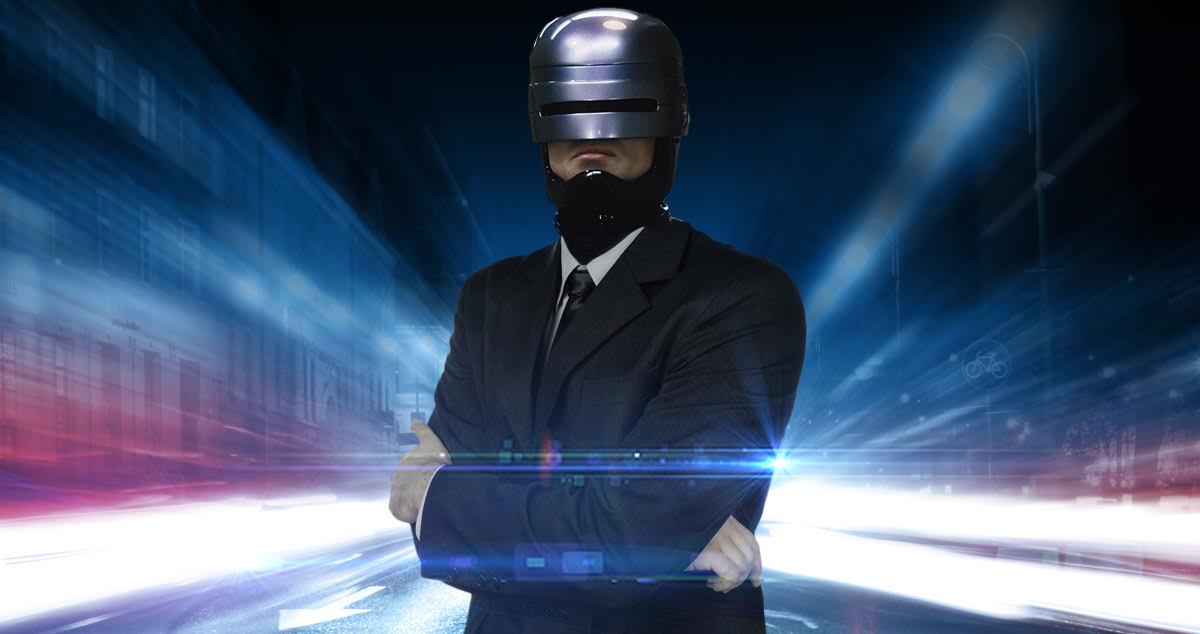 Regularly scheduled programming helps me take a few moments to ease the gas off of my brain and feel like I’m part of something larger than myself. Television is the culture. It’s supposed to be inclusive and progressive, a kind reflection of its audience. People like me are represented with all kinds of personalities, ambitions, and flaws on TV— but every time I see a RoboCop on screen it’s the same egregiously offensive stereotype. The one dimensional RoboCop stock character needs to be put to rest.

Not all RoboCops know each other. In fact, being a RoboCop in the persecutory slog of America can be isolating and alienating. Contrary to what the movies will tell you, RoboCops are just as empathetic and sensitive as any of us. Just because a RoboCop can’t cry doesn’t mean he or she or THEY wouldn’t LIKE to cry.

And let’s get this out of the way: not all RoboCops are police officers. That’s a myth perpetuated by American ignorance. The festering bigotry of contemporary cinema and television always introduces a RoboCop character as being an officer of the law. Where are the RoboCop bakers? The RoboCop mailmen? My RoboCop son lays awake every night, crying, telling me he doesn’t want to be a police officer. But flip on the television and what do you see? Another RoboCop making an arrest, driving a squad car, and twirling his gun!

We almost got a RoboCop produced, RoboCop written, RoboCop performed TV show in 2009, but slimy meddling executives got their hands on the show and butchered it beyond recognition. In September of that year, Modern Family premiered on ABC, and the last shred of what had been, a RoboCop butler, was cut from the show after negative audience reactions in the first season.

This is a call to action as a community to defeat the leviathan of contempt and push for more RoboCops on the big screen. They’re people and deserve to have their voices to be heard. They matter and they are important and we cannot silence them as we would the common Irish.