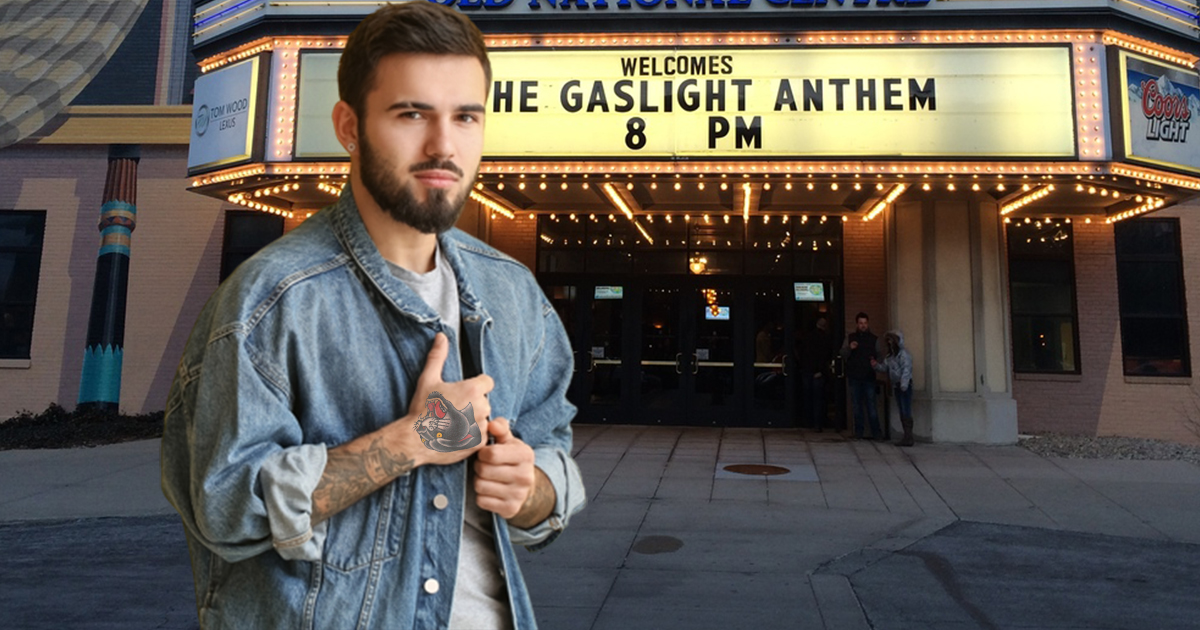 Going to see a show is a great excuse to dress up. Over the last few years though, it feels like everyone in the scene is trying to look the same. Well, I’ve never been one to follow trends, so I’ll probably be the only guy with American traditional tattoos wearing Docs and a jean jacket at The Gaslight Anthem show tonight.

I’ve been planning this outfit ever since the band announced their reunion tour. I finally decided on a white t and black jeans with a little cuff on the bottom to complete my outfit. That combination should set me apart from the crowd even more. My brand new jean jacket is making its debut tonight. I’m definitely going to cuff the sleeves to show off the swallow tattoo I just got done on my forearm. You don’t see many people with these anymore.

Shows can also be a great place to meet women. Usually, when I try to talk to women at shows they don’t seem interested, which I’m realizing now probably had to do with what I was wearing. I gotta say, I’m looking good, so tonight could be my lucky night. There probably aren’t going to be very many women at this show, so I really need to stand out if I’m gonna find someone to make out with during ‘Blue Jeans & White T-shirts’. And I’ll definitely stand out. You can’t miss me.

I want to be clear though that I’m not just going to dress up and meet women. I’m not that kind of guy. I really do love this band and I am a long-time fan. You know half the people in the crowd are just coming to hear ‘59th Sound’, but I’m hoping for some deep cuts like ‘45’ and ‘Old White Lincoln’. Maybe Brian will even notice me and compliment my outfit to the crowd in between songs. That’d really get the attention of the women in attendance. Again though, that’s not why I’m going.

If you’re going to the show tonight, come say hello. It’s a pretty big venue but you shouldn’t have a problem finding me. If on the off chance there is a guy wearing a similar outfit as mine, which I seriously doubt, just look at the person’s hands. I’ve got a bright red rose tattoo on my left hand, and a panther head on the right one.