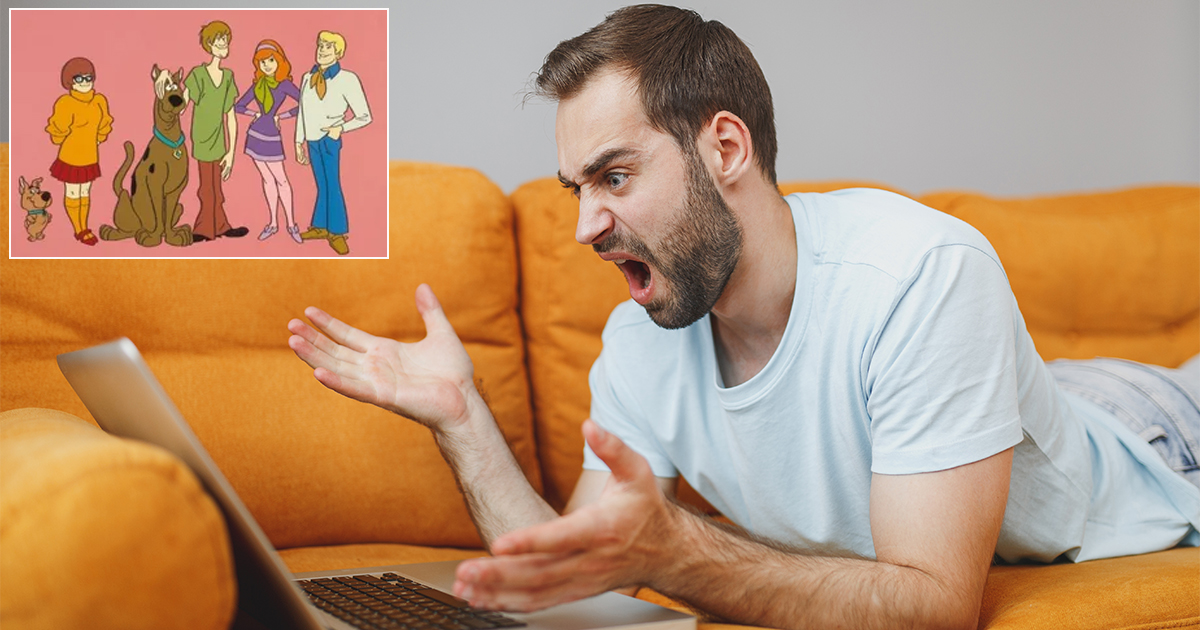 Oh, so it’s cool to take food out of artists’ mouths, but helping me get my rocks off is a “violation of standards?” Seems highly fucking hypocritical to me, a guy with an abnormal sexual predilection for Hanna Barbara cartoon characters.

I’m not asking for the world here. “Big. Tiddy. Velma.” A child could draw that.

Doesn’t seem too immoral to me. Seems fairly prude actually. Seems like maybe AI art could stand to loosen the fuck up and not judge me maybe.

I know what you’re thinking, “Rule 34 of the internet,” right? “Surely pornographic images of the Scooby gang already exist.” Yeah, they do. Guess what? I burned through them all, OKAY?! I need MORE now.

While we’re on the rule 34 subject I would like to point out that there are whole sections of the Scoobiverse that have yet to be touched by perverts. There’s an entire season of “The 13 Ghost of Scooby Doo” but I’ve never seen cartoon Vincent Price getting it on with Scrappy. In 1972 the gang met the Harlem Globe trotters, let’s get them into the mix! What about Don Knotts? That’s right, I wanna see the cast of Scooby Doo have sex with Don Knotts. Don’t kink shame me, we have the technology!