I’d Have a Drink With Either Candidate, as Long as It’s Spiked With Cyanide 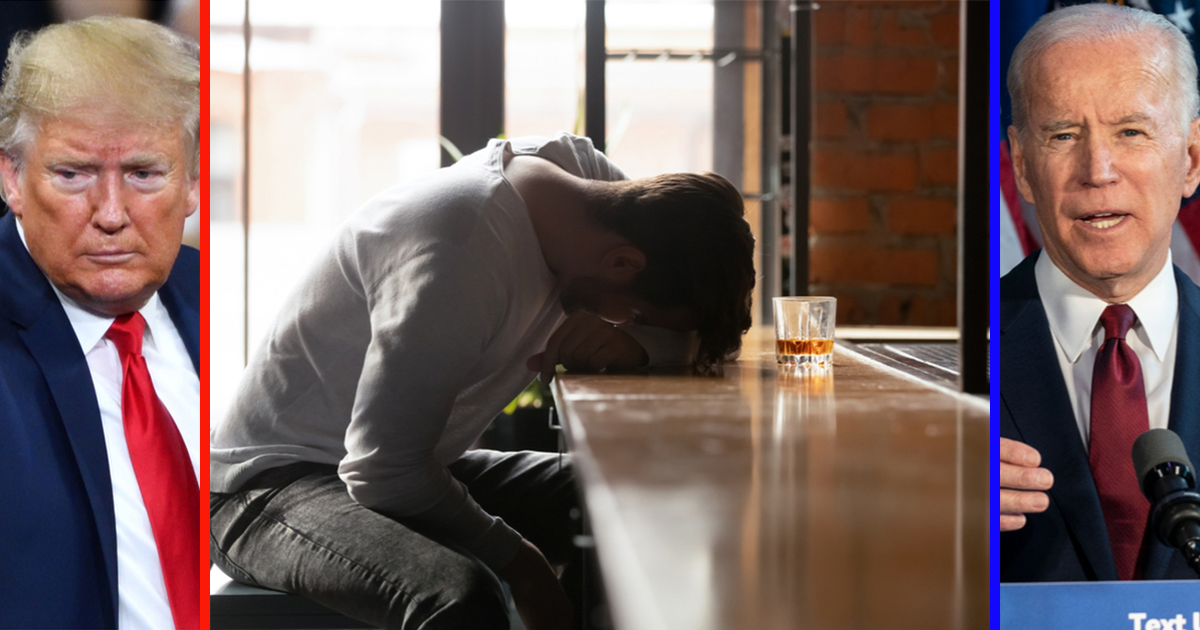 Is there anything better than an ice-cold beer? I don’t know about you, but at the end of a hard day, or when the impending doom of a dying democracy hangs over our heads, nothing makes my mind words go bye-bye like a few pints of ice-cold beer. The colder the better.

Maybe I’m just saying this because I haven’t seen another human being for six months, but man, I can’t wait to get together with a good friend and have a few beers. God knows I’ve been practicing! But what about grabbing a beer with a potential leader of the free world?

Everyone knows who the candidates are, but which one would you rather have a beer with? Since the days of George W. Bush, this is a question that has been at the forefront of what think-tanks pay the media to make us think. W himself famously seemed like a guy you’d like to have a beer with. Even if you didn’t agree with his politics, you knew you’d get a good story out of it. Just don’t let him give you a ride home!

This year, we have two candidates who from afar, seem like almost mirror images of each other. Grizzled 70-somethings with a long history of weirdness. Both proud men. Probably too proud. One is probably even more of a proud boy than a man, but growing up sucks, and he doesn’t seem to know how to wear a tie anyway. Frankly I would have a drink with either one of these guys, provided that drink was laced with a fast acting and incurable poison.

Cyanide in their beer? Cyanide in my beer? Doesn’t matter. The point is if I’m going to be forced to sit with either one of these assholes for the length of an entire beer, cyanide needs to be involved.

The thing about alcohol is the pain only goes away temporarily. Could you really imagine spending the rest of your life living with whatever horrors were revealed to you after a couple of drinks with Trump? How will you shake the image of Biden staring at you awkwardly while licking his lips and winking when you’ll have to see his image on TV for the rest of your life?

Being forced to share a beer with either of these men is the exact sort of scenario cyanide was invented for. There are certain forms of torture that are just too much for any person to bear. There’s no shame in it. Under the circumstances, it’s the honorable thing to do, and if God feels differently then God is wrong.

Anyway, get out there and vote. If it comes to it, the flavor notes of cyanide are best paired with an oatmeal stout or nutty brown ale.