I Was Brainwashed by the Liberal Media. Then I Saw a Video of a Man Ranting Alone in a Truck 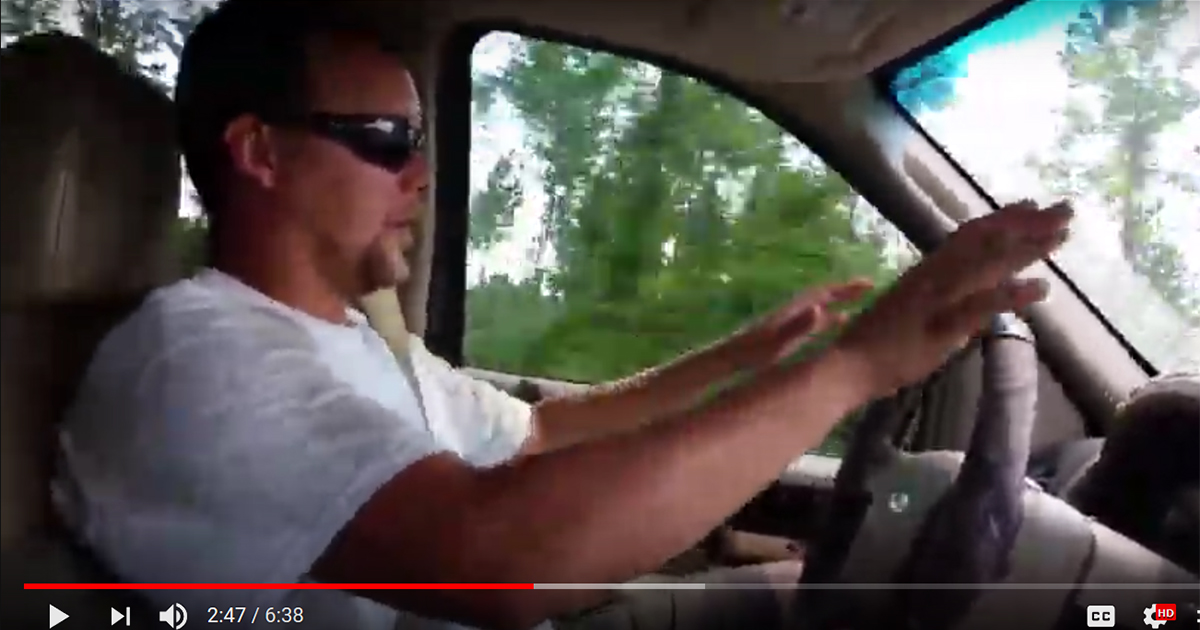 I saw what appeared to be a thumbnail of a man talking to his phone while driving by himself. Naturally, I was intrigued and clicked on it. Before my very eyes this lone driver proved to me that the Clintons and the Obamas were responsible for every mass shooting in the last 10 years. He proved that they got away with it because all of the other liberals were too busy complaining about their latte orders at Starbucks. And he did it all without stating a single fact or citing a single source.

I was blown away. At first my liberal media induced brainwashing tried to reject the things he was saying, but then I realized, “if he’s wrong, why is he so angry alone in a vehicle?” And just like that, I was saved from a lifetime of libtardation.

And imagine my shock to find he wasn’t alone! YouTube began directing me to a whole world of other men with deliberate hat choices and Oakley sunglasses breaking down what’s really going on in this country. It was like learning I was in The Matrix and there was more than one Morpheus! Also, Morpheus is white!

These are the real journalists, America. Old school news boys taking it back down to basics. True journalism is and always i has been men in trucks alone, and any deviation from that formula is bullshit propaganda. In fact, I don’t trust the political opinion of anyone who isn’t simultaneously driving a truck or some sort of automobile. If you are sitting behind a desk, you have been compromised.

Some of these guys are even visibly drunk while driving and ranting. That’s how deeply dedicated they are. Risking their lives to give us the truth. That’s called being the hero we need AND deserve. And heroes they are. Going against the liberal fake news machine like modern day John Henrys (but, again, white.)

It wasn’t long before I heeded the call myself. I sold everything I owned. I bought a camera and a truck. I got myself a cowboy hat and a pair of wrap around reflective athletic sunglasses. I stopped going to Starbucks and started going to Dunkin Donuts, starting every day with the burnt coffee and microwaved egg induced heartburn that the REAL America runs on. And finally, I learned how to upload videos to YouTube.

So please, subscribe to my channel. Learn about how lesbians and Black Lives Matter were responsible for last year’s California wildfires. I would explain it here, but for some reason when I write it out it sounds completely fucking insane. Just watch the video.