I Spent 10,000 Hours Practicing Creed Songs and All I’ve Mastered Is Regret 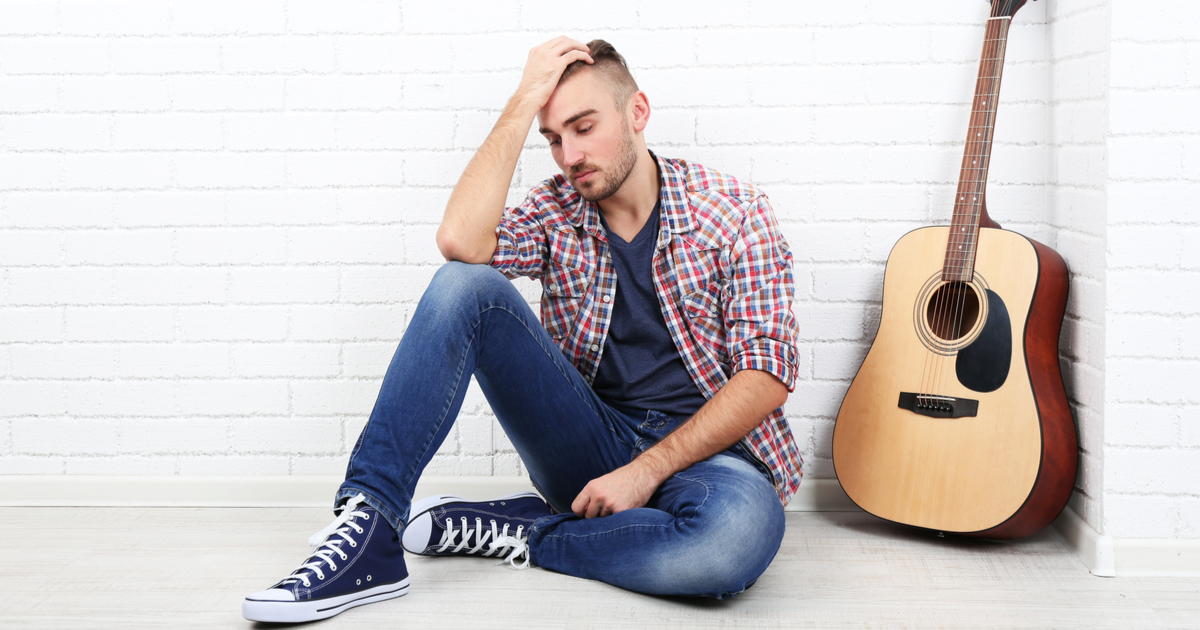 Mastery isn’t about talent. Mastery is about dedication, sacrifice, and an insatiable passion for something you love. I should have really focused on that last part because I’ve dedicated 10,000 hours of my life practicing Creed songs and I now realize all I’ve mastered was the unyielding pain of deep-seated, profound regret.

Sure, Creed guitarist Mark Tremonti low-key shreds underneath Scott Stapp’s trademark “shitty” vocals, so at least I learned some killer riffing skills. That would be a blissfully valid point, but I’m a fucking singer. So while other Creed-trained guitarists can at least lend a passable solo, all I can offer my band is faux-spiritual butt rock anthem vocal leads, which has triggered remorse in parts of my psyche that I didn’t know existed.

Sweet Christ, the whole vocal style is so woe-inducing, it can’t even be called singing. You know what I do? I yarl. Even the name sounds pained. I’m an extensively trained, technique-driven master yarl-er. What am I supposed to do with that? “Hey, the holidays are here, let’s yarl a few tunes!” “Have you met my son? He’s worked his whole life and my goodness, he can yarl like an angel.”

Why didn’t I take up a useful skill like carpentry? At least then I could put up a privacy fence so none of my neighbors could see when I step outside and on pure, ruthlessly-honed instinct, belt out the chorus of “Arms Wide Open” like a champion. A sad, rueful champion who cries at the thought that I’ve given up friendships, career advancement, and starting a family to yarl, but a champion nonetheless.

Anyway, that’s why I’m singing Creed in this audition tape for The Voice. If you judges don’t like it, I understand. I’ll just try again next year when I finally nail dubstep.