It Happened to Me: I Literally Moshed My Face Off 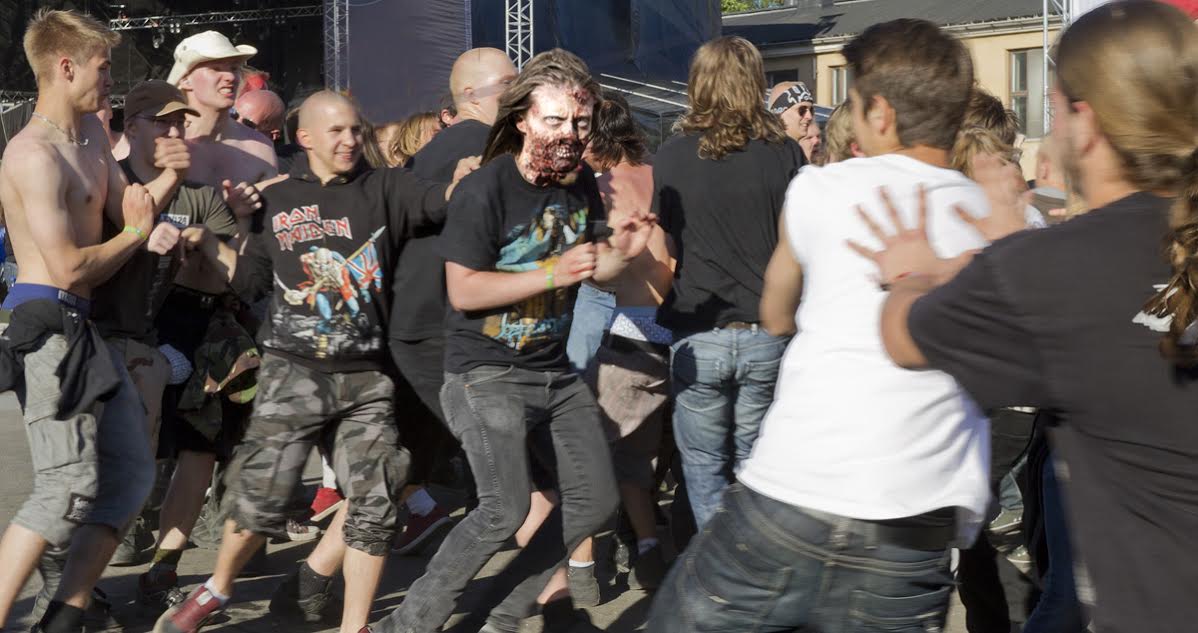 A great hardcore show is all about energy. For the crowd, the energy the band creates is expressed through moshing. Intense moshing is the cornerstone of a hardcore show. You might get a little banged up, a little bruised, but the catharsis of the mosh is worth those little battle scars.

Or so I thought.

I moshed so hard my face literally melted off my head and I fear it’ll never come back.

It happened last week. There was a weird vibe in the air all night. When the show started on time I should’ve known to leave right then, knowing that this was NOT going to be a ‘normal’ hardcore show.

But I stuck around — for the scene.

Every band that played just got harder and harder. Their riffs just got heavier and heavier. Of course I was swinging as hard as I could, I wasn’t going to let the bands down.

It got hotter and hotter. I felt like I was swimming in boiling water — there was so much sweat and so little fresh air. I knew it wouldn’t end well. I’d heard the stories about mosh pits creating tornadoes and the spontaneous combustion of football jerseys in pits, but I never believed them.

I was worried, but I pressed on. For brotherhood.

It became such a blur all I remember is a chorus of, “Tear this place apart!” “Harder!” and, “I want you guys to fucking lose it to this next one!”

And lose it I did.

As I threw my hardest fists at the floor just as the vocalist demanded, it happened. Suddenly through the mindless shoving, kicking, and windmilling I began to feel the most intense pain imaginable.

Before I could register what had happened — I saw my face splatter onto the ground.

My nose flew in the air, my lips kissed the ceiling, my eyes rolled away like marbles. The gelatinous puddle of flesh and cartilage that was once my face looked like pancake batter on the floor. The band kept playing, the pit kept pitting, and nobody noticed my face had literally melted off of my head.

So much for brotherhood.

My night was over. I tried to keep moshing but the stinging agony of every nerve on my face being torn apart was too much to handle. I hope no one thinks I’m a poser because I didn’t stick around for the headliner.

This will haunt me forever.

But please, if you or anyone you know is ever going too hard in the pit just take breather. Step outside, buy merch, even try talking to the door guy (they’re people too). Just don’t push yourself too far. It’s not a competition. When you make it a competition, nobody wins.

Take it from me and my fleshy lump head, you don’t want this to happen to you.