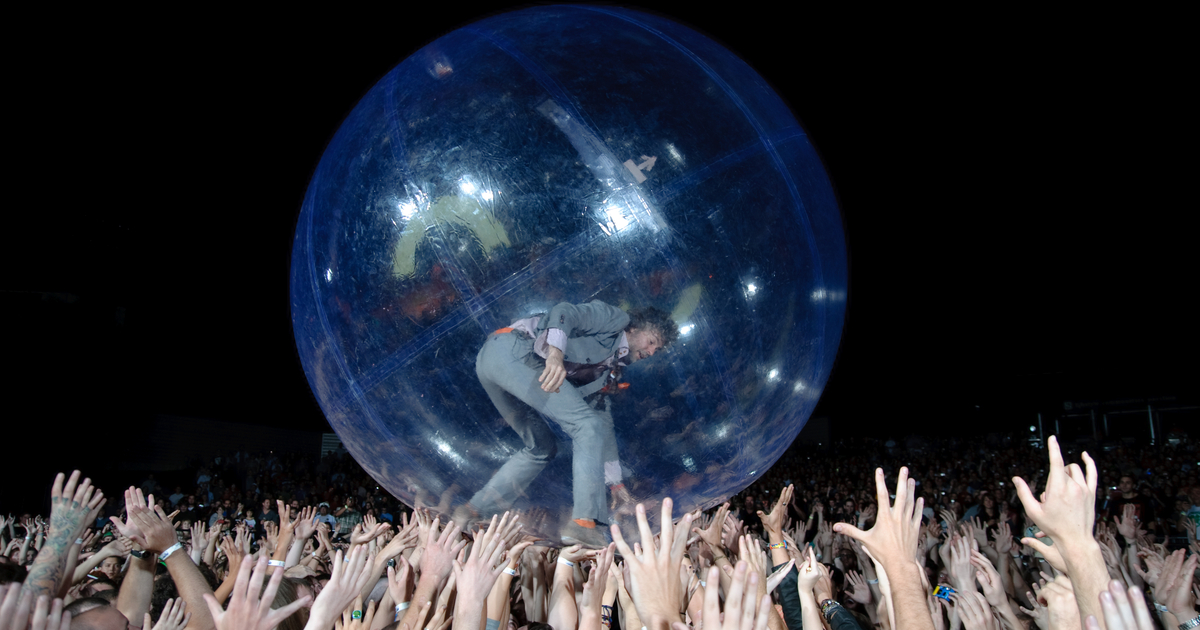 I love The Flaming Lips and I always will. That will never change regardless of what drugs I’m on. Drugs, like music, open our minds to new perceptions of reality. That’s why after cutting my daily mushroom intake down from “there’s no such thing as leftover shrooms” to “it’s just micro-dosing, please recognize my progress,” I decided I should revisit my favorite Flaming Lips album, “The Soft Bulletin” with the newfound perspective given to me by a lack of drugs.

Unfortunately, that newfound perspective is mostly that the music I used to love actually kinda sucks. Let’s hope this bad boy holds up.

This is a very personal record for me because it represents a specific time in my life. I was young, impressionable, and very, very high. My initial impressions after this sober re-listen isn’t that it’s not good anymore. It’s just missing something. For instance, I remember “Race for the Prize” having more percussion but now I’m realizing it was the sound of my teeth grinding and my jaw popping out of alignment. This version really is missing the full tone that the “coke” remix had. It’s also missing that feeling like I could achieve my wildest dreams.

A few tracks in and I got giddy hearing the opening to “The Spark That Bled.” Except this time I didn’t experience the warm waves of euphoria I usually do when this song comes on. I had to check the lyrics to make sure it was the right song. Same words, same tones, same everything. The only thing missing was the ecstasy. Specifically, the MDMA that usually kicked in around this time in the album. I was so disappointed I stood up and I said ‘nah!’

There were differences I noticed that were welcome. The drawn out tones of “The Observer” were calming to me now where they used to be irritating after six or seventeen lines of cocaine. Then again, this moment in the record was my cue to load up on sedatives and get a nice nod going that would put me in and out of a blissful semi-conscious state for the rest of the album.

For real, if you have a drug problem buy this record.

Like many pieces of art that we loved in our youth but haven’t revisited in some time, “The Soft Bulletin” was not quite what I remembered. It’s still beautiful and moving but the line “what is the light that you have shining all around you” is much less impactful when you don’t see a literal beam of light shooting out of your chest like a coked-up Iron Man.

For those new to the Lips I can’t recommend this one, unfortunately. I can definitely recommend a couple of plugs though, which is why I assume you’re in the first place.