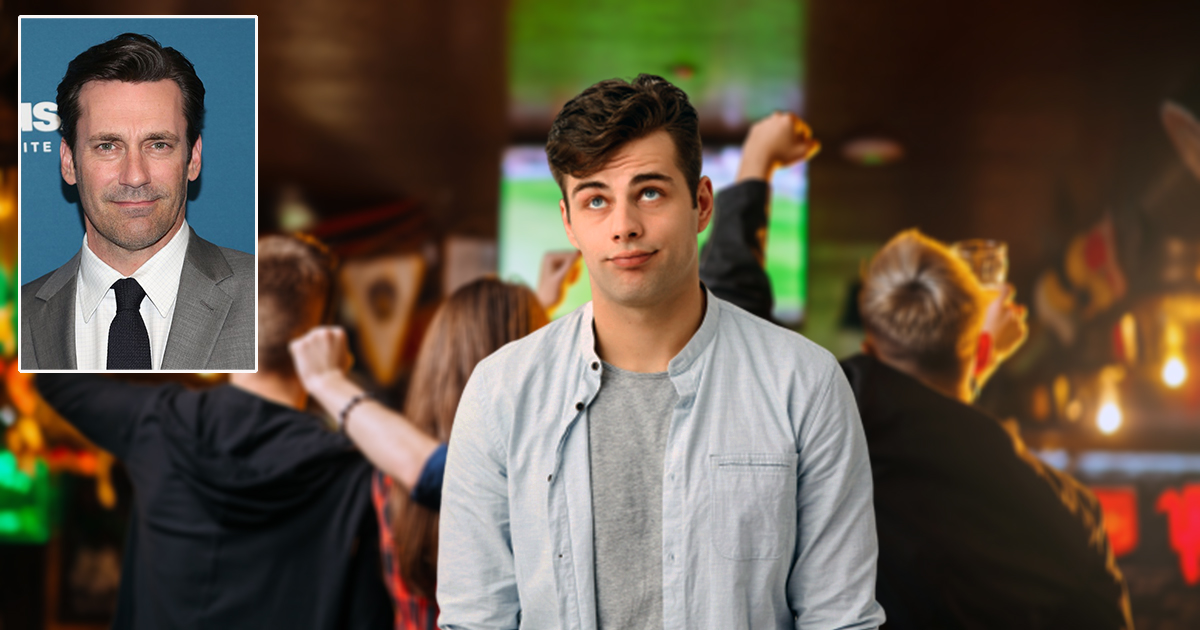 So you just serendipitously ran into Jon Hamm at a bar and wouldn’t leave him alone until you made him let you buy a beer. The real question is: how can you make sure your acquaintances know without looking like a dick?

It’s a tough balance but we here at The Hard Times can help you make it public knowledge that you bought a celebrity an IPA with these tips. Remember, until you can convince some unlucky soul to share life’s truly fulfilling moments with you, this is all you have.

1. Guide Them Towards the Celebrity

When you run into an old friend, your goal is to have them know that you’re basically friends with Jon Hamm without you ever explicitly saying it. Humility matters in certain parts of America for some reason. Try to make it seem like Jon Hamm is coming up organically. Say something like “Hey, Let’s watch a movie! You wanna watch the remake of The Day The Earth Stood Still or Tag (2018)? I’m totally cool with either one.” Stick to the moderately popular stuff for now. Again, we’re planting subtle, humble seeds at this stage.

If this dumbshit friend hasn’t figured it out yet, time to up the ante. You cannot just come out and say it; at least, while they’re conscious. Sneak into their house and whisper “Television’s Jon Hamm, star of Mad Men. Jon Hamm. Frequent 30 Rock guest Jon Hamm” in their ear while they sleep. Inception is a victimless crime. Odds are, they’ll wake up and text you first thing in the morning. But if not, the only remaining option is to…

Ok. Dumb fucko over here isn’t going to arrive to the necessary conclusion. Now you must foster your friendship with this drooling moron to the point where they spend a weekend in the city with you. Take them to the spots where you previously scouted Jon Hamm frequenting and force another run-in just like you did the first. (Remember- it’s not stalking if you never touch them). When it finally happens, play it cool while this Bumfuck, Iowa moron shits their ass in astonishment. And to seal the deal, whisper to them “Hey, could you do me a favor and not tell anyone about this? I don’t want to look like some famewhore.”