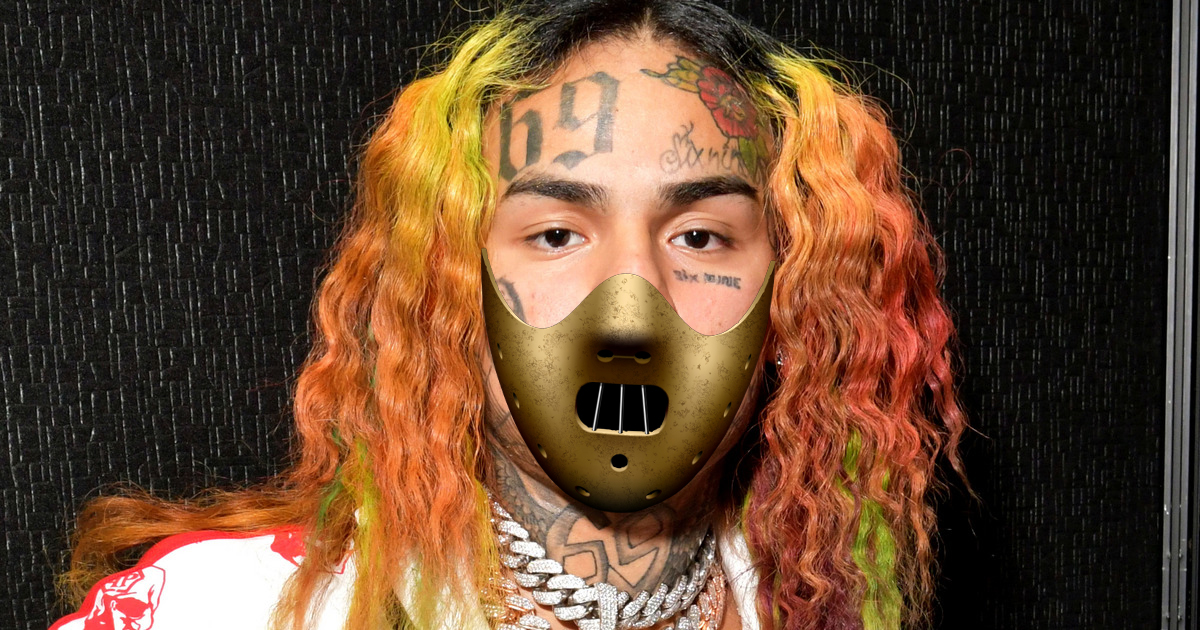 Figuring out the perfect Halloween costume can sometimes be a headache, especially when you’ve entered protective custody in exchange for giving up your accomplices in a string of federal offenses. Here are some of the hot 2019 costumes that will deflect from the fact that you’re Tekashi Six-Nine.

5. Blues Brother
“Blues Brother” is a cheap and effective Halloween costume, as well as a fitting tribute to people that really knew how to evade the law – to a point. All you need is a black suit jacket, one pair of black pants, and a black hat. Along with that, you’ll need one pair of sunglasses, a broken Timex digital watch, $23.07, one unused prophylactic as well as a soiled one.

4. Mr. Bean
Mr. Bean, the wacky, bumbling creation of English comedian-actor Rowan Atkinson, is not only a fun costume, but also a great way to keep your mouth shut. Take a trip to your local Goodwill to capture his manchild-thrift store-suit essence, and while you’re out there hoping to not get found out just remember that Mr. Bean’s biggest strength was his silence.

3. Pennywise the Dancing Clown
Whether you’re paying tribute to the new Bill Skarsgard incarnation or the original Tim Curry version, a great way to enjoy All Hallows’ Eve and hide from all the gang members you’ve testified against is to paint yourself up like a clown, grab a balloon and retreat to the sewers.

2. Tommy Wiseau
The auteur behind modern midnight movie classic “The Room,” Tommy Wiseau’s veiled past and mysterious money trails solidify him as a master of the vanishing act. Find yourself a giant jet black wig, giant black shades, a tight vest and of course, his signature two belts. Before you know it, you’ll be saying to the mirror, “I did not snitch, it’s bullshit! I did NAHHT!”

1. Tekashi Six-Nine
Maybe it doesn’t have to be so elaborate. Try hiding in plain sight. Find a rubbery likeness of your face, get some of your run of the mill street clothes, and when you’re out there running the gamut of snitch jokes – which you will – just put your finger to your mouth and slink away. Be careful out there this Halloween. Keep your mouth shut, and your mask on a swivel.