Oh No! My Hippie Neighbor Heard My Guitar and Wants to Jam! 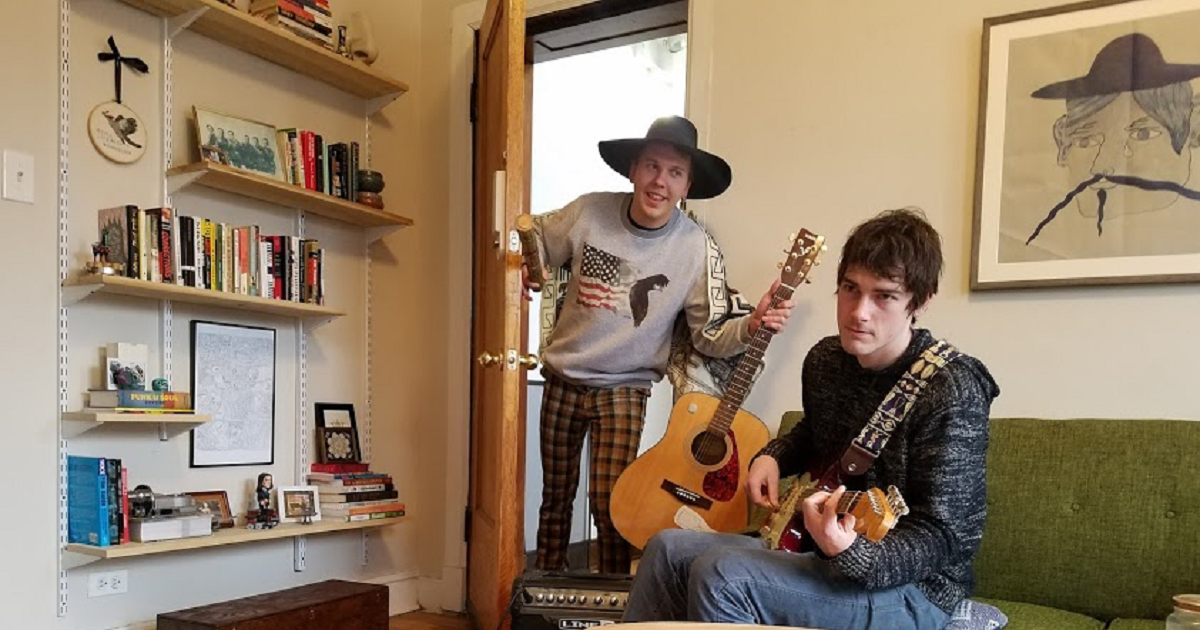 Oh, no! Apparently my hippie neighbor that lives downstairs heard me playing guitar. I ran into him when I was checking the mail today and he said he wants to jam sometime!

Don’t get me wrong, Bryce is an OK guy, but his taste in music sucks. You can imagine my chagrin when he gave me “props” on the Sheer Mag riff I was trying to learn. This hesher knows about Sheer Mag? He’s always burning sage or sandalwood or something and arguing with his girlfriend about whether or not vape juice is compostable, I figured he only listened to Sublime.

I tried to shake him by heading back into my apartment, but he followed me and said I was, “laying down some solid grooves earlier.” Christ, this is a nightmare. He keeps talking about coming back later with his guitar and “burning some herb.” What the hell herb is he talking about? Is it weed? Or some kinda incense? Is this dude just gonna set some basil on fire and call it a day?

He even just made a reference to his girlfriend Rayne bringing her djembe. What. The. Fuck. I thought she hated me because I accidentally called her “Jane” for months when they first moved in. Why didn’t she correct me the first time? It’s not my fault, I just misheard her. I don’t want anything to do with Jane — I mean Rayne.

This whole situation has me flustered.

Why doesn’t he go across the hall to play with those guys in the bluegrass band? I hear they’re in the market for a jug player, or a guy to play one of those upside-down washtubs with a pole attached to a string. Anything, just leave me alone.

I don’t know if they’d have much else in common, but they all sure smell bad. I’m afraid if I don’t get Bryce out of my doorway soon that smell is going to stick in here.

Fuck, he won’t leave. OK fine, fine, we’ll give jamming a shot sometime. But, I swear, if he tells me one more time to try weed so I can, “open my mind” I’m going to flip the fuck out!