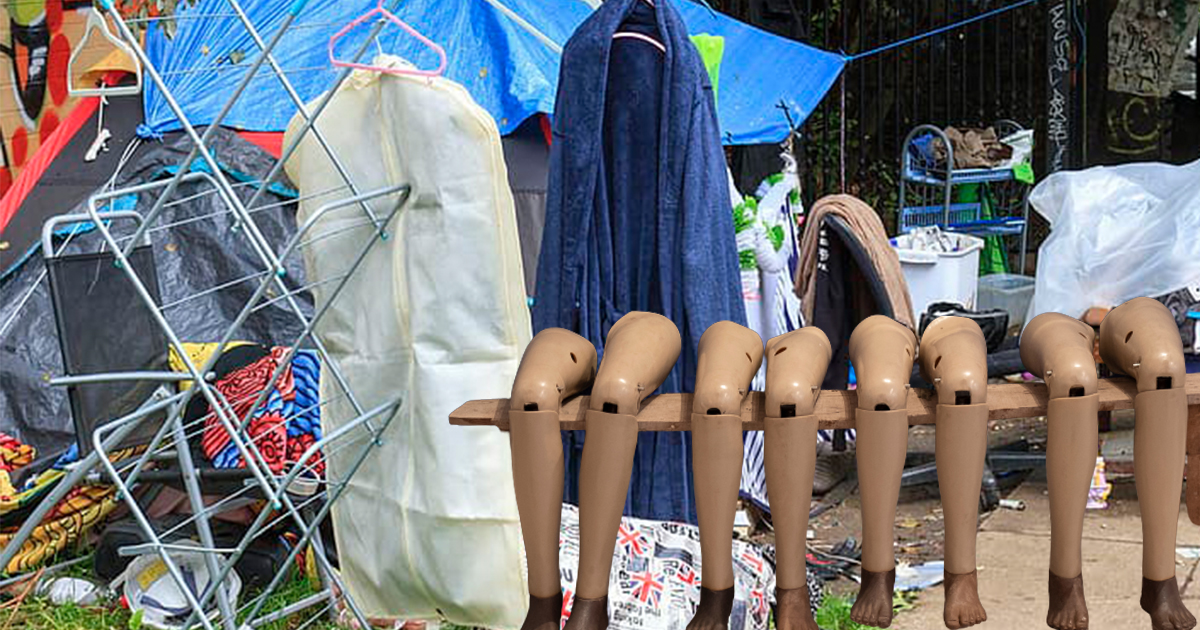 When someone is committed to following their dreams no amount of psychiatric intervention can stop them. Which is why today I am the proud owner of a soiled tent that I found at the bus station and two dozen nylon-covered mannequin legs which I have been selling from the side of the I-83 off ramp.

Most called me crazy when I finally decided to leave the daily grind behind and go into business for myself – some so passionately in fact that they insisted I be “institutionalized so as to not actively harm the social contract.”

And now I’m ready for everyone else to experience the same passion that I do whenever I slip a lacy little thing over those hard, silicon calves. A passion that makes you feel warm and damp and just like you wanna put your tongue on stuff. That’s the dream!

I believe in this country. I believe in free enterprise. I am proud to live in a country where a man can turn his perverse sexual fixation into a thriving business.

Just the other day I had a customer who seemed really interested in buying one of my fine, salty, slightly blood-covered mannequin legs right before they maced me through the window of their Corolla. But my heart is still in it – I just may have to tweak the business model a bit.

I’m flexible, but there is one rule I simply wont budge on: Do not use these legs to build one of the lamps from “A Christmas Story.” They’re not for that! They’re for sex things.