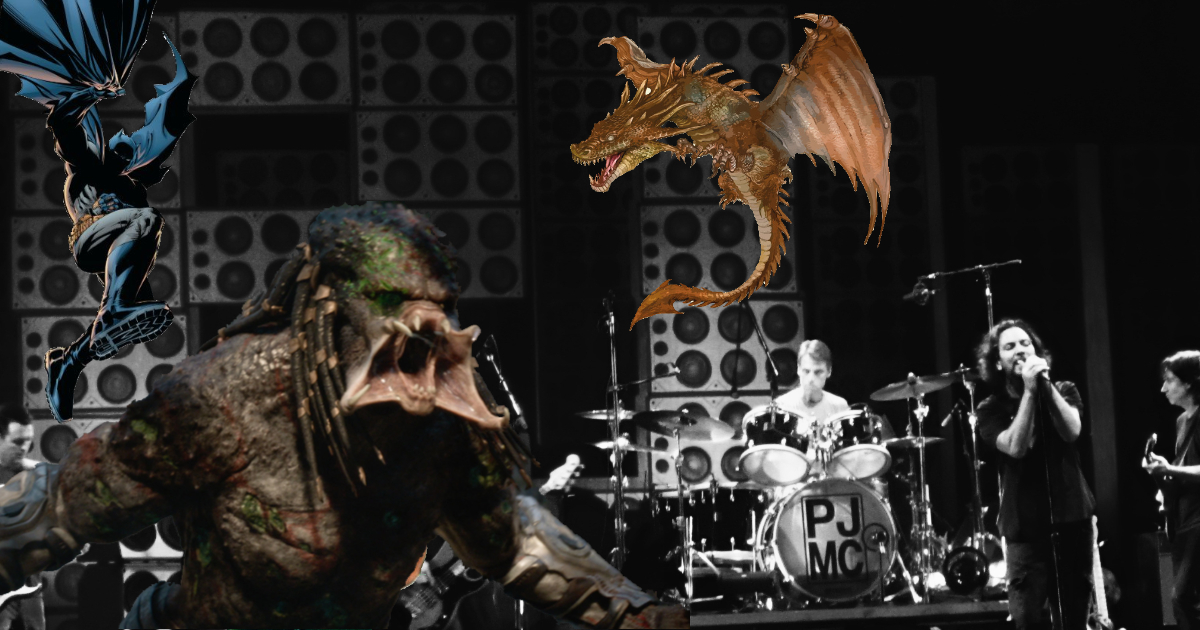 So we’re about halfway through the second paragraph of the Wikipedia for ‘Ten’ and the only thing we’ve learned so far is that Pearl Jam is the most boring band on the fucking planet. It’s a shame too, because this is an album that could really benefit from a kick-ass background story. A real swashbuckling tale of love, loss, and early nineties grunge. Thankfully, this apocalypse plague has afforded us the free time to do just that. So here’s our version of the making of Pearl Jam’s ‘Ten.’

Eddie Vedder grew up a lonely farm boy living on the planet Tatooine. One day he came across a pair of droids who were secretly in possession of the plans for a planet-destroying superweapon developed by the evil Galactic Empire. Vedder then teams up with a Jedi master, a scoundrel with a heart of gold, and a big hairy dog guy to rescue the princess from the evil “Darth Vedder” and destroy the superweapon. Once that’s all done, Vedder then starts a band called Pearl Jam and they make an album called “Ten.”

Yeah, it’s Star Wars, but you know what? Nobody falls asleep during Star Wars! We fell asleep about twelve times while reading about how they recorded Dave Krusen’s drums. Spoiler alert: they used a microphone. Besides, the last guy who remade A New Hope made a gazillion dollars. Sue us. Wait, they actually might. Okay fine, let’s try this again.

Eddie Vedder was a UPS worker in a relationship with Helen Hunt. Vedder is sent on a last-minute business trip, but a violent storm forces his plane to crash and leaves him stranded on a desert island. He remains stranded on the island for four years. The free time allows him to write most of what would become Pearl Jam’s “Ten.” With the songs written, Vedder used a box of volleyballs to create the other Pearl Jam band members. Eventually, Vedder and his volleyball bandmates are rescued, and “Ten” is released to critical and commercial success.

It’s not Castaway! In that movie, Tom Hanks works for FedEx. In this, Eddie Vedder works for UPS. Totally different! They both get stranded on an island while dating Helen Hunt, though. That’s non-negotiable.

We gave it our best shot but we don’t think it’s possible to make Pearl Jam’s creative process sound interesting. At least reading about the recording of Pearl Jam’s “Ten” was still more fun than listening to Pearl Jam’s “Ten.”