Help! Our Singer’s Between-song Joke Got a Decent Laugh and We Still Have 32 Dates Left on This Tour! 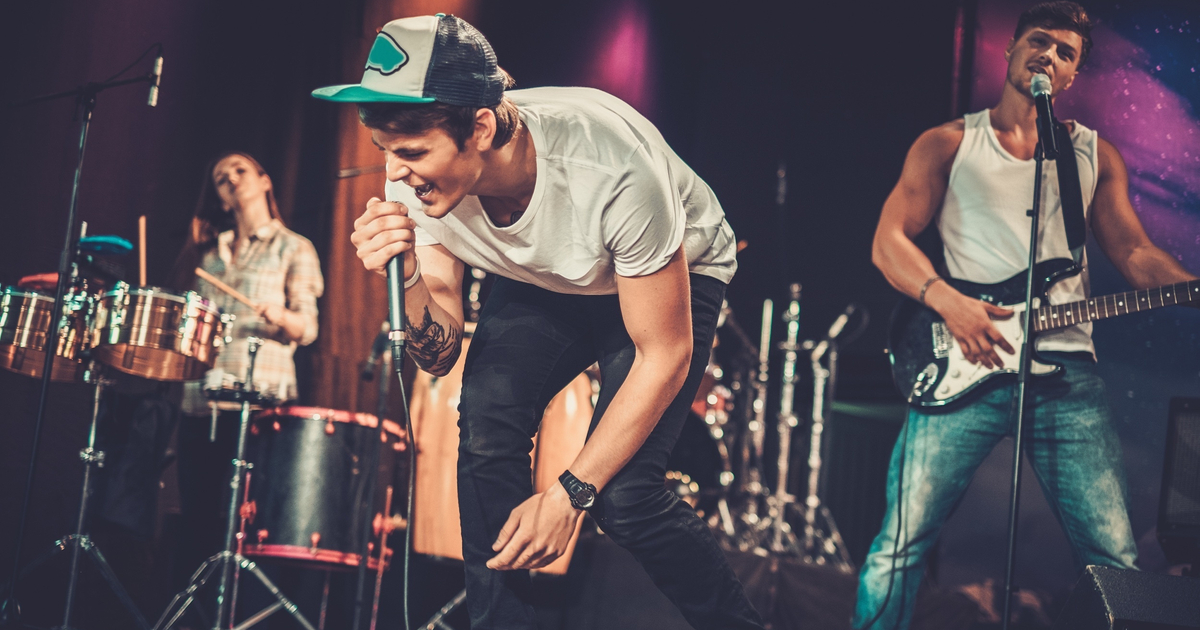 So I was tuning my guitar between “Fireworks on the Radio” and “Ayy, I’m Moshin’ Ova Here!” when I heard my singer crack a joke. He said, “Who’s ready for some hard rock?! Relax buddy, I said hard rock.” After my eyes were done rolling like a slot machine, I noticed that the hacky joke got a tepid laugh. That’s when I knew we were in trouble. He’s gonna regurgitate this gem at every single one of our next 32 dates. Help!

I think we can all agree to start giving singers something to do while we’re tuning or during soundcheck. Say “check” a few times. Maybe smoke a cigarette is raspiness is their thing. But telling jokes is absolutely not on the list. If they’re singing in a decent band then they probably have natural pitch and decent looks. These are not traits that add up to being funny.

But he got a laugh. Fuck. Now you can just tell he’s thinking, “Uh oh! I haven’t heard my own voice in like five seconds, I better fill this space with it or everyone’s gonna be sad.” They hear your fucking voice all night. If they wanted comedy, they’d be at a professional comedy show. And if they wanted your brand of humor, they’d find some shitty open mic.

He’s already been opening our set with, “Whoa, looks like those flyers we put up at the gym really paid off, you sexy motherfuckers!” I’m afraid he’s building up his own little show within the show.

I just can’t escape it. When I played in a Christian rock band (I needed the money), the singer’s between-song preaching was longer than the songs themselves. But this dude’s comedy routine is making my old singer look like the goddamn pope! I dunno, maybe I’ll just get way better at guitar and see if “Animals As Leaders” needs a fourth.