Help! I’ve Been Getting All My Meal Ideas From Pinterest, and Now the FBI Thinks I’m the Mason Jar Killer 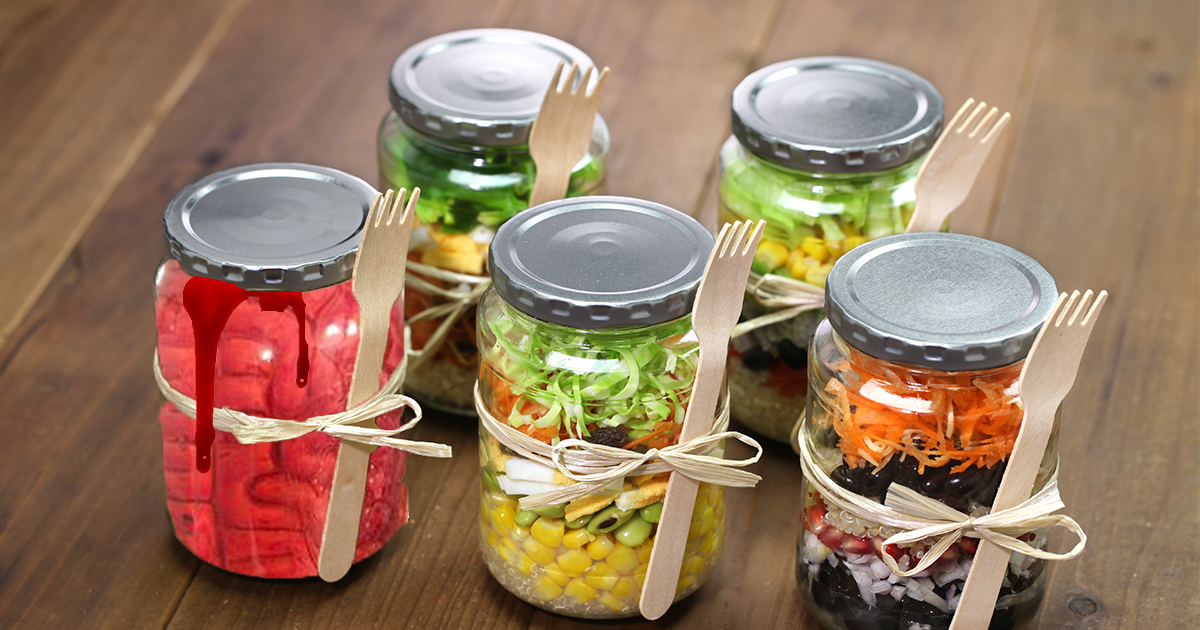 I got sucked into one of those Pinterest rabbit holes, and fell in love with the simplicity of some of the recipes the platform had to offer. 3 ingredient brownie batter cake? Sign me up. Macro-friendly overnight oats? Pass me the Kool-Aid. Leave my entire life behind in a frantic dash as I try to raise bail because my Pinterest activity somehow landed me as the prime person of interest for the unsolved string of barbaric yet calculated murders in my region known as The Mason Jar Murders? Wasn’t expecting that one!

I live in the midwest, so forgive me if I’m late to the party on this trend, but I’ve always considered myself to be something of a home Chef, and when I recently discovered Pinterest I fell in love. Unfortunately, every single recipe wants you to put your food in a mason jar. The same kind of jar that authorities have been finding severed eyeballs and fingers in as far out as Northern Nebraska, but as close as my county line here in Kansas. I’ve never been much of a true-crime guy, so I thought nothing of it as I drove to Walmart to pick up a case.

I feel like now is a good time to mention that I’m also hypoglycemic, and the excitement of a freshly jarred yogurt parfait compounded by the lack of mason jars at my place caused me to skip out on my regular evening snack as I dashed out.

As I approached the checkout counter, I was not only pale, shaky, and experiencing the usual blurred vision, but I was also hardly able to control the volume of my voice which startled the young lady at the cash register. I also figured that since I was already at the store, I might as well pick up some other things. I grabbed a sturdy shovel so I could transplant some potted plants, and I’m a bit of a neat freak, so I grabbed some comfortable gloves.

You could imagine my horror when I realized I was unknowingly stocking up on all of The Mason Jar Killer’s usual wares, minus the hack saw.

I was also fading pretty fast, so I picked up an RC Cola, which also happens to be his drink of choice according to authorities. I guess he and I are what’s keeping them afloat.

Oddly enough, the news on the radio had the latest report on The Mason Jar Killer’s last known whereabouts, and it’s crazy… he must have just been at the same Walmart as I was! Here I am, buying mason jars to store my latest batch of mead, and they could have potentially been for The Mason Jar Killer’s next batch of teeth, toenails, and hair clippings.

It all got a little wonky when I barreled through a spike strip on the freeway and was having my face pressed in the dirt by the cops. Between that, the heat, and the blaring sirens I was feeling pretty disoriented and might have shouted out some ramblings about being the avatar of Annubis, which did not help the ole’ “clearing my name” front. I just can’t wait for this thing to blow over. I found a new recipe for beet power salad with zesty tahini dressing.