Help! Bono Won’t Give My Firstborn Back Unless I Guess His Real Name 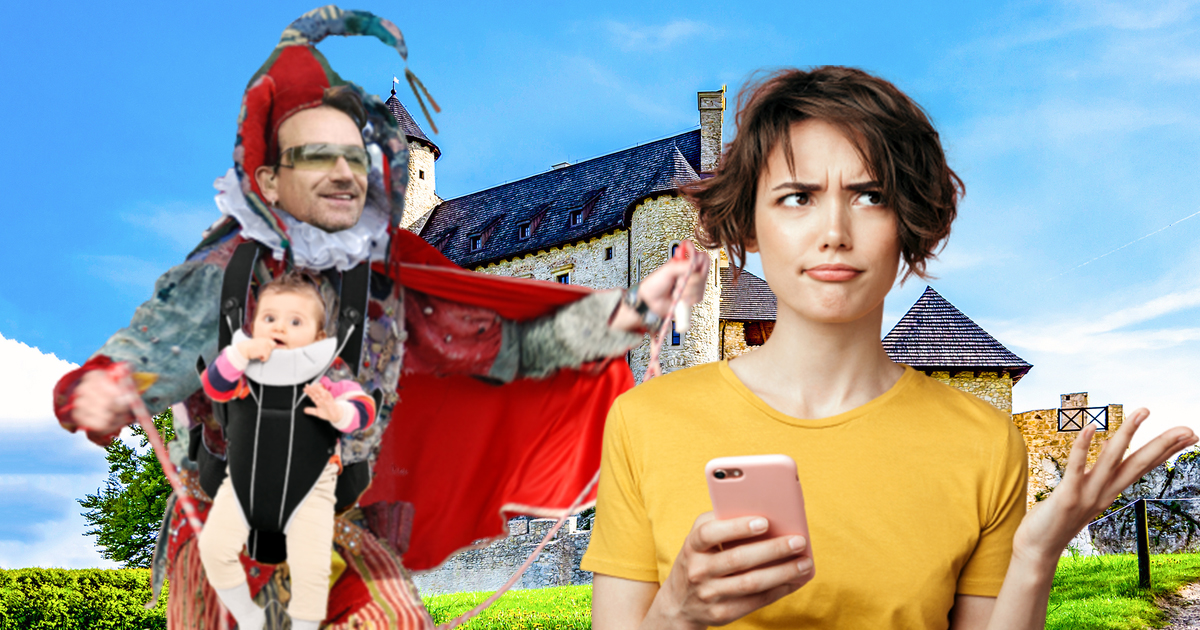 Uh-oh! Part-time U2 frontman and full-time mischievous goblin-creature Bono has kidnapped my firstborn son! The only way to get him back is to guess Bono’s real name. I knew I shouldn’t have asked him to turn all that straw into gold-framed sunglasses!

I only have three guesses left, and if I don’t guess correctly then my son will be turned into a 2014 iPhone 6 preloaded with U2’s “Songs of Innocence” forever! I had four guesses initially but used the first one to ask if his name was “Bono.” It was worth a try.

The only possible names I’ve come up with so far are “Bongo,” “Bimbo,” “Bungo,” “Berry,” and “The Edge.” I googled that last one and apparently someone else in U2 already has that name. What in the flying fuck is wrong with that band?

At one point I just straight up asked Bono what his real name was, since it technically wasn’t against the rules. He thought about it for a few moments but then turned to me and said “fuck you dude, that’s not how it works.” What a prick!!!

2020 has been a hard year, but it’s important for the world to come together and help me on this. Quarantine has already forced everyone to do nothing but eat chips and watch TV for eight hours a day, so why not spend one of those hours helping me brainstorm what Bono’s name could be?

If not for me, then do it for my sweet boy. He has so much to live for. Plus I fucking hate iPhones.

Any and all help is appreciated. This whole situation is eerily similar to a fairy tale I heard back in elementary school. Can’t remember what it was called… something about a wrinkled foreskin?