Heartbreaking: This Turtle and Dog Were Best Friends Until the Turtle Fucked the Dogs Wife 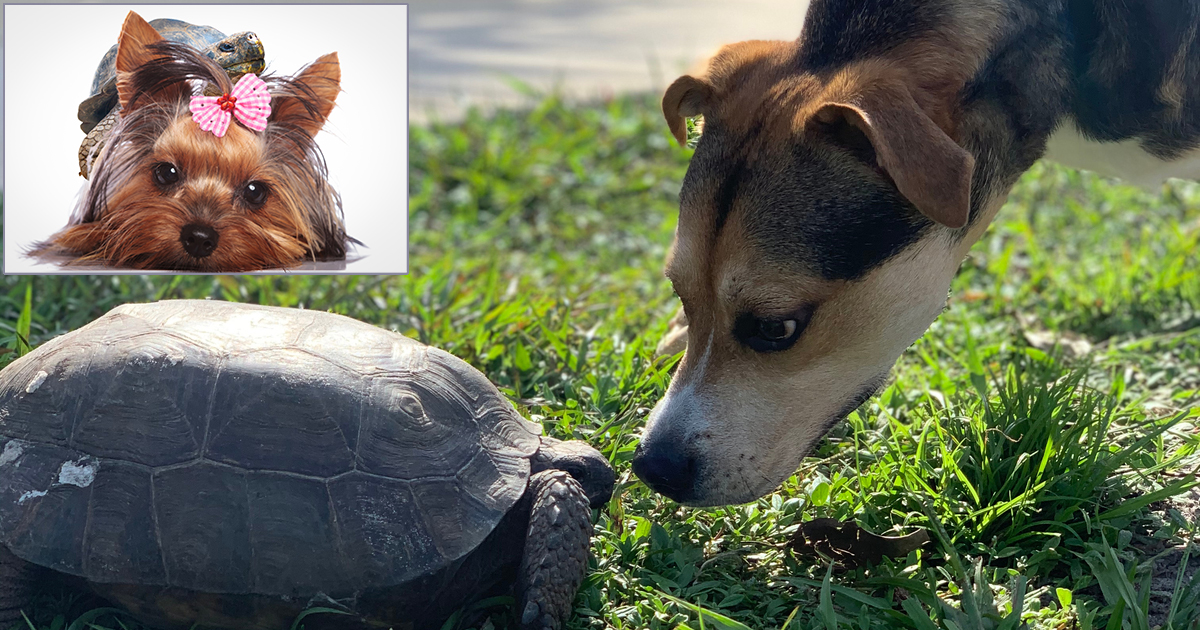 A few months back we brought you the story of Herman the turtle and Chase the beagle, two animals that became unlikely BFFs. Unfortunately, like so many human friendships, a romantic indiscretion has changed everything.

According to Dr. Neil Hornberg, the animal psychologist who initially recognized the bromance between Herman and Chase, the two animals are no longer speaking after the fallout of an affair Herman had with Chase’s wife Missey.

“It is a tragedy,” Hornberg confirmed. “But, unfortunately, these things happen. From what I can gather, Herman the turtle had gone to Chase’s yard to ride around on Chase’s back like in the YouTube video. Missey told Herman that Chase was out chasing a squirrel and would be back shortly. The two decided to have a drink. One thing led to another and by the time Chase got back, well, you fill in the blanks.”

Poor Chase. Imagine coming home from a squirrel chase to find your best friend turtle-balls deep in your bitch wife. Oh, well, I mean, first imagine being a dog and then imagine that. Are you imagining it? Good. Isn’t that sad?

Sources say that at first, Herman was apologetic about the incident, blaming the tryst on alcohol and pleading for forgiveness. Unfortunately, the argument got heated and both animals wound up saying things they couldn’t take back.

Chase and Missey are reportedly working out their marital issues in therapy, but it is unlikely that Chase the beagle and Herman the turtle will ever speak again.

The really messed up part is that Herman was the best man at Chase and Missey’s wedding! That would be like if you and a rabbit became such good friends that the rabbit wanted you to be part of its wedding to another rabbit! And then after establishing that miraculous one in a million bond, you turn around and fuck that rabbit’s wife? How could you?!

Hornberg says the situation is indeed bleak but isn’t ready to abandon all hope. “It’s important to remember that animal psychology isn’t an exact science. I’m extrapolating all of this from the fact that Chase keeps eating grass. There is a chance it could just be indigestion.”