Amazing: This Guy Gave up His White Privilege to Be a Cybergoth 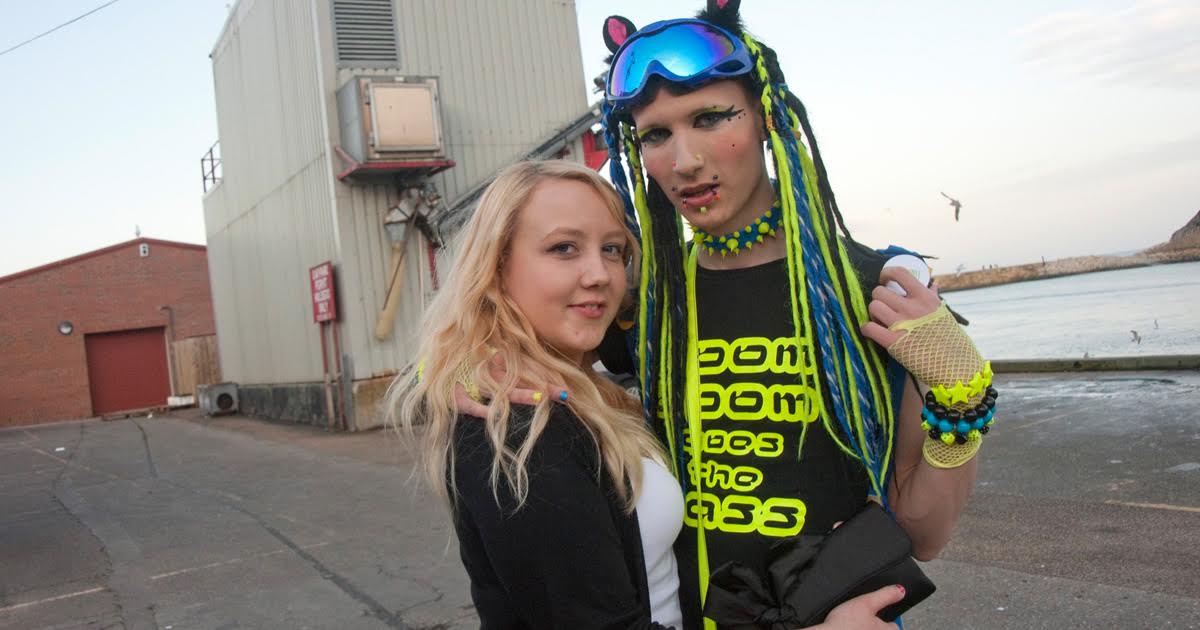 For the socially conscious white person, knowing how to be an ally for people of color during this turbulent time can be uncomfortable and confusing. How do you use your privilege to help even the playing field and overcome oppression? Portland local Lawrence Archuletta has found an unconventional solution and hopes it catches on nationwide: he has renounced his white privilege by becoming a full-blown cybergoth.

“I really don’t think it’s fair that simply because I was born with this color skin, that I get preferential treatment over someone who was born with different color skin,” said Archuletta, removing a neon gas mask from his face. “For so long I thought I couldn’t change anything about my privilege. That was until I saw group of real raw, graver rivethead cyber-freaks denied entry to a Wendy’s. Everything sort of fell into place after that.”

Cybergoth is a rave subculture born out of the industrial and club kid scenes with heavy influence from the dancing part in The Matrix Reloaded. It exists only in the shadows, and national awareness of the movement is only on the periphery.

“It’s truly the perfect subculture to take part in if you want to be a social pariah,” Archuletta added.

By donning a simple set of LED dreadlocks and mesh overalls, all the privilege Archuletta once enjoyed and took for granted were stripped away. Are you brave enough to do the same?

“He came into work with these lizard looking contacts in the other day,” said Archuletta’s manager at a mid-sized marketing firm, Ashley Donnell. “When I see him coming, I won’t lie, I cross over to the other side of the cubicle.”

Related: Heartwarming! This Group of 8 Friends Has Dated Each Other Exclusively for the Past 15 Years

Archuletta was even passed over for a promotion despite being with the company for five more years than the recipient, James Ferguson, who is African American.

“I think what Lawrence is doing is really special,” said Ferguson from his new corner office. “Guys like him, who are willing to renounce their privilege by wearing goggles and pants covered in straps and zippers are blazing a new path for the traditionally oppressed.”

“They’re also blazing up the dance floor. I’ve seen the YouTube videos and I mean DAMN.”

Were you inspired by this article to join a fringe subculture with an over the top style component? Sound off in the comments below!