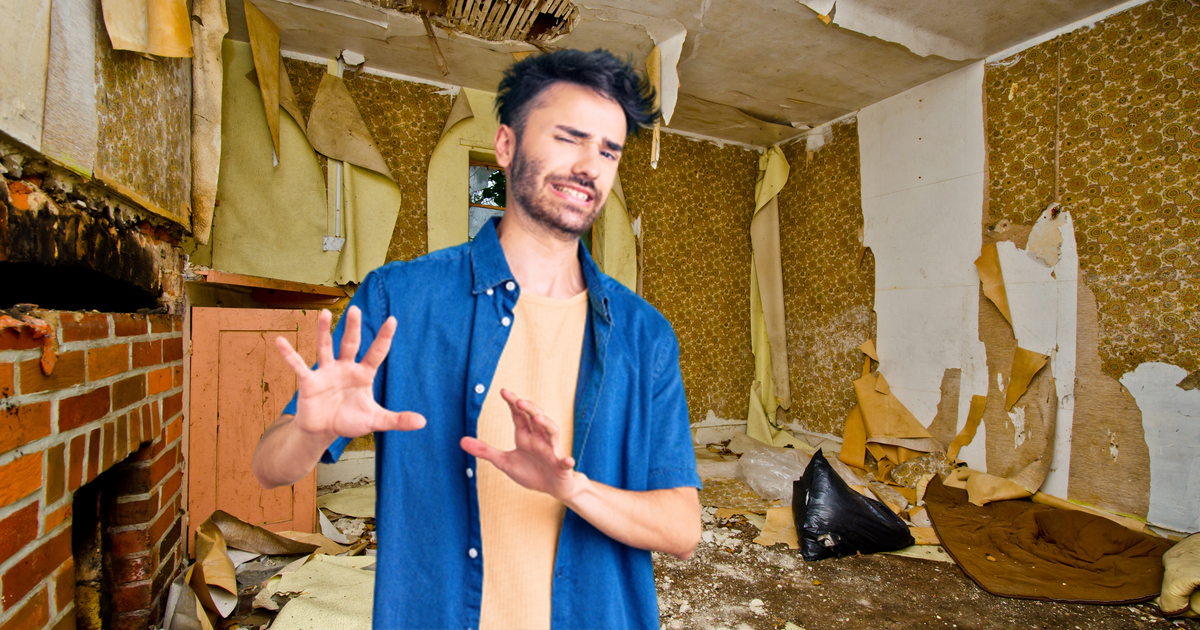 That is just disgusting! Who would be so thoughtless as to squirt down a thick, sludgy poop in the corner of the living room that everyone knows we use exclusively for pees? I know we’re supposed to be all about anarchy and free expression, but in this house we still have rules. If you have to poop then you do it across the street behind the Sunoco dumpster like everyone else.

This isn’t the first time something like this has happened. Last month someone vomited in the washing machine and now I still end up with chunks of beef stroganoff in my clothes whenever I run the heavy spin cycle. Plus the vomit bin is like, right next to the washing machine!

Now I want to know who did this. Seriously, every time this happens no one fesses up and I’m the one who has to get the stench bucket and heave it out the window.

Come to think of it, we’ve been having a lot of issues like this lately. Whether it’s finding used condoms floating in the bathtub instead of draped over a waste bin, oily rags in the refrigerator instead of under the refrigerator, or that dead drifter in the marijuana garden this house has been running real short on common courtesy and accountability as of late.

We need to start taking a little more responsibility for our home. Like that time we realized there was a stray groundhog living in the basement crawl space. We came together as a group and handled the problem by adding “Feed Mr. Chubbyface” to the chore wheel and making sure any house shows we put on were pet friendly, and it was fine until he eventually died inside the water heater.

My point is that we need to remember that this corner is for pees only. And since it doesn’t seem like that toilet is gonna get fixed anytime soon, maybe be a little more discerning about where we decide to lay down a fudge sausage. Remember, when in doubt Denny’s is open 24/7.