Fuck: My Roommate Got a Book On Homebrewing 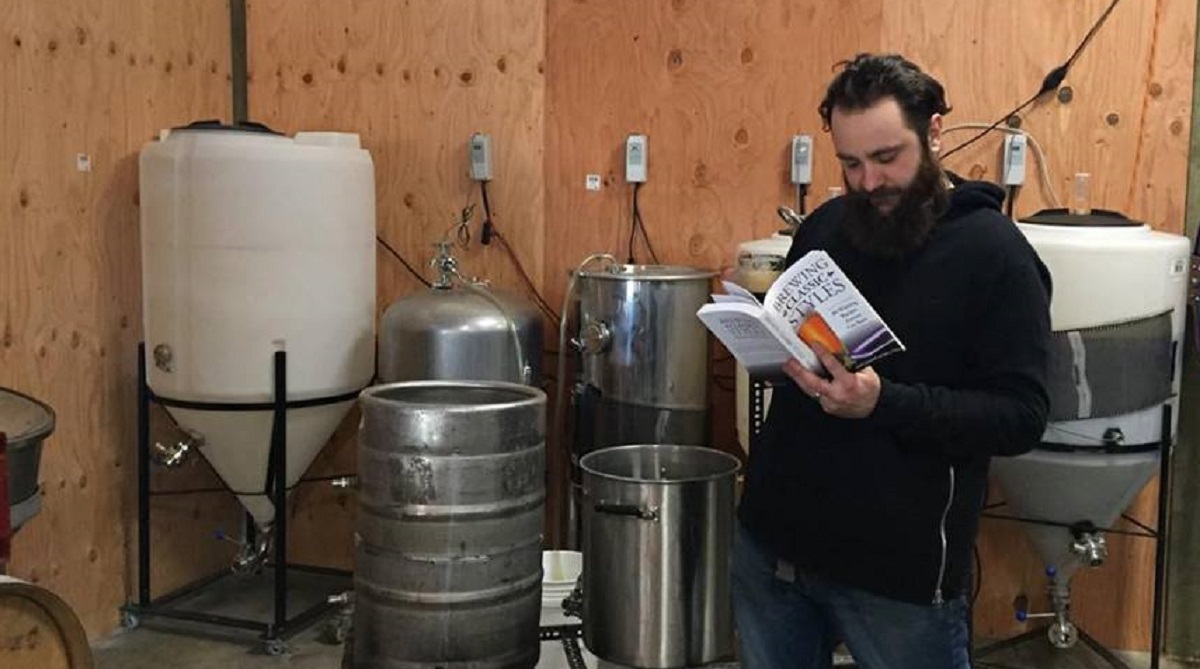 Damnit. I knew this day would come, I just didn’t know when exactly or how, but here I am.

My roommate got a book on homebrewing.

I suppose this is the natural progression, we all remember when he first got into craft beer. I hoped it was just a phase but it just got worse.

First he made shitty comments about people’s’ beer selection at parties.Then he’d try and order “flights” wherever he went just to sound cool, knowing damn well that TGI Friday’s didn’t have a fucking flight of microbrews.

Not to mention that’s all he talked about for a solid six months. Man, I thought it was easing up but it was clearly the calm before the storm because here we are.

I knew something was amiss when I saw him buying all sorts of spices. Who the fuck uses cloves? He’s not making a pumpkin bread pudding! He can’t even cook AND it’s really out of season for that.

I wish I could’ve intercepted the UPS guy with that book.

Related: Homebrew Connoisseur Can Rank Them All from Worst to Somehow Even Worse

He’s gonna be even worse now. I wish being a craft beer guy was just about being into beer, but it’s really a lifestyle shift that I didn’t sign up for when we moved in together.

Honestly, I miss the old dude who smoked cigarettes indoors and used my fleshlight.

This is my life.

Now every night for the rest of my life will be spent hearing him talk about beer, making me smell his beer, him asking me advice about beer when I DON’T EVEN DRINK.

I can hear it now, “I know you don’t drink but you gotta admit this smells better than other beer.”

And when he brings girls home, I don’t even wanna think about what he’s gonna put them through.Does he realize this doesn’t make him cool?

If anyone knows of anywhere to live please let me know because I want to get out of here before he tries to infuse firecrackers and hotdogs into his “4th of July blend” he told me about last night.

This better not get in the way of my home cheese making.

Did your friend get really into craft beer and become insufferable in the process? Let us know in the comments!

Wanna start making your own beer? Don’t! Buy a Hard Times t-shirt instead!