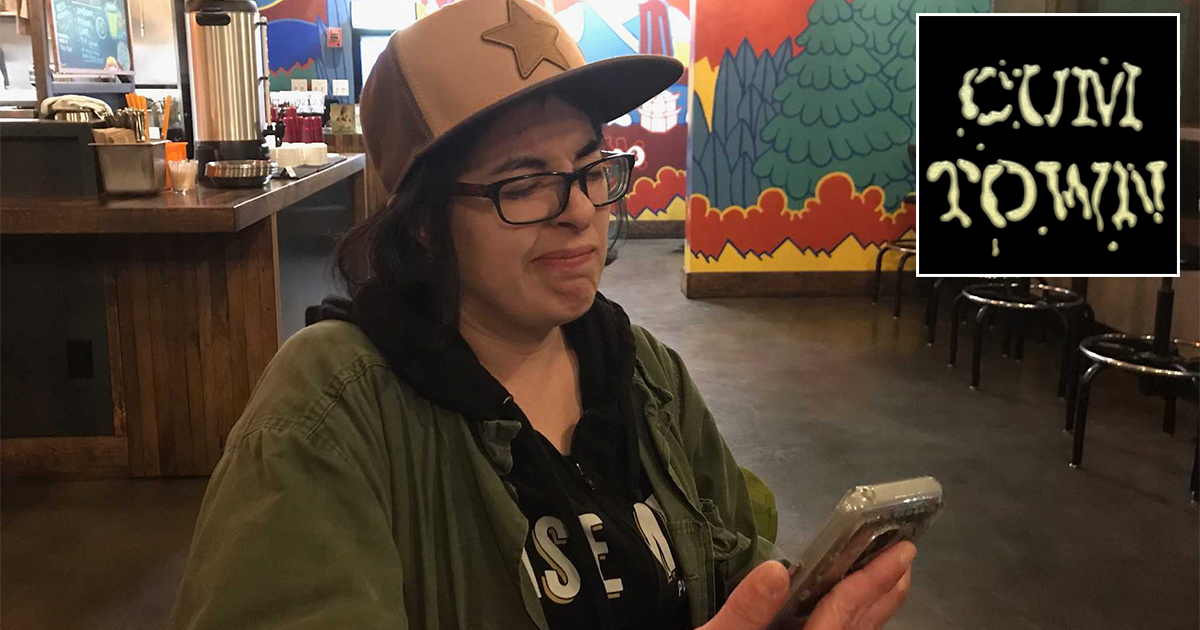 The first change I noticed was in his sense of humor. Don’t get me wrong, I love to laugh! I’ve heard every episode of Two Dope Queens. I’m about as big a comedy fan as you can get. But when Charles and I were watching the Super Bowl, he told me he was rooting for The Patriots because Tom Brady is, and I quote, “gay with his dad.” I asked him what he meant by that, and he quickly changed the subject.

Then I noticed that when he thought he was alone, he was singing little song parodies. That’s cool, I love Weird Al! But all of his parodies were about the word ‘gay.’ Not even about being gay. Just injecting the word into songs at random. Last night I heard him singing in the tune of my favorite Prince song, “Purple gay, purple gay.” I’d be offended if I weren’t so confused.

Related: If I Don’t Get on ‘Last Podcast on the Left’ then What’d I Kill All Those Kids For?

I can’t stop listening to this repulsive podcast— searching for clues as to what could have changed my perfect Charles. I’m heartbroken, although I do have to say I’m starting to get the dynamic between the hosts. Plus, the line between absurdist irony and earnest statements is getting clearer with every episode. Oh shit, I’m about to start episode 69. Hell yeah, my bitch. I’m gonna finish this blog, pick up some sushi from 7-11, have bong hit transplant, and pound off so hard you’ll think somebody was charging their Samsung Galaxy S8.