The Five Stages of Accepting Your T-Shirt Size 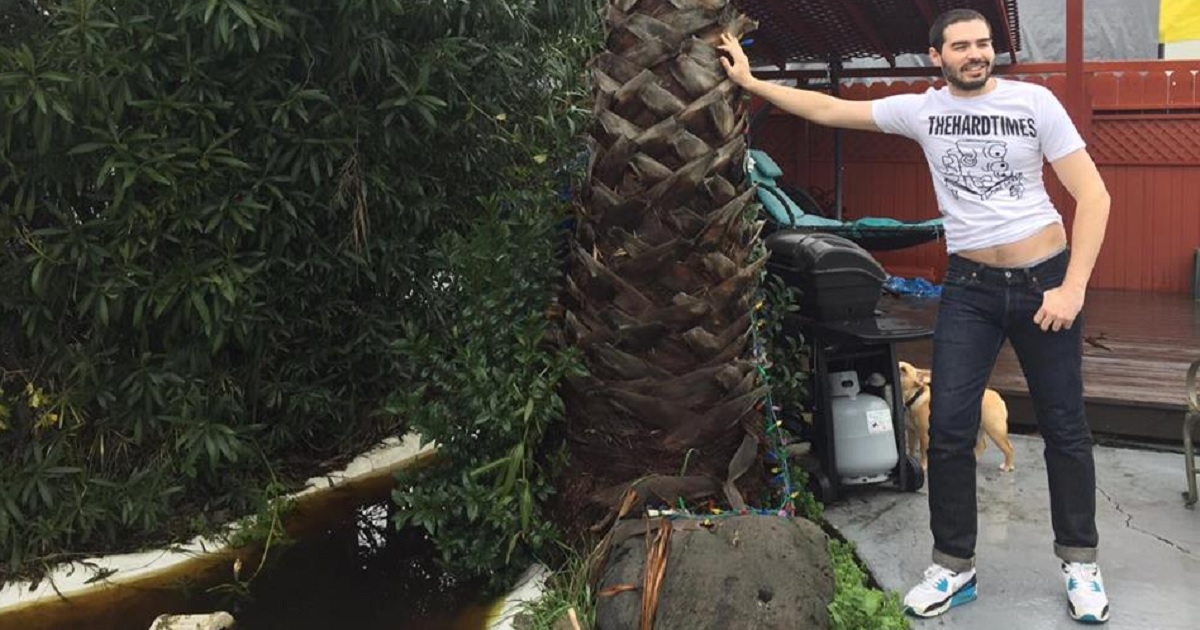 The first concert I ever attended was headlined by a Vancouver punk band called The Black Halos. Despite it being mid-August the band refused to take off their leather jackets. By the end of the first song the band’s lead singer, Billy Hopeless, was dripping sweat from every part of his body. His black fringe was matted to his forehead and he was visibly winded. As the song ended, Hopeless turned to the crowd and screamed, “IMAGE IS IMPORTANT. BY THE END OF THE NEXT SONG I’LL LOOKED LIKE A DROWNED RAT AND THAT IS EXACTLY HOW SOCIETY SEES ME! LATER THIS DROWNED RAT WILL BE SELLING T-SHIRTS BY THE MERCH TABLE.”

I was 13 years old and incredibly impressed. After the set I planned to blow the entirety of my lawn-mowing money on Black Halos’ merchandise. However, when I requested an extra large T-shirt to fit my pre-pubescent frame, things got sticky. Hopeless snarled and asked if I had learned anything during their set. “Image is important?” I said.

“IMAGE IS IMPORTANT,” shouted Hopeless. “COOL PEOPLE WEAR THEIR T-SHIRTS TIGHT! YOU DON’T WANT AN EXTRA LARGE! YOU WANT A MEDIUM! ALSO WE ARE SOLD OUT OF ALL OTHER SIZES!”

Since that day, like any other image cautious punk rocker, I have worn my t-shirts tight. Recently, these shirts have gone from fashionably snug to comically undersized. Coming to terms with the fact that I do not have the same body I had as a malnourished teenager has been challenging.

It’s a situation a lot of elder statesmen of the scene can relate to. Bellies hanging out of T-shirts are as common as beanies covering receding hairlines. We aren’t fooling anybody and the quicker we come to terms with this the better.

To help the process I have written the five stages of accepting your t-shirt size below.

It’s casual Friday at the office, you reach into your hamper and pull out your well-worn, perfectly faded Jane Doe T-shirt. When you pull the shirt over your head you realize that it fails to cover the entirety of your stomach. That’s weird the T-shirt you’ve had for the past nine years must have shrunk in the wash. Or maybe that kettlebell class you went to three weeks ago means you’ve put on a bit of mass.

Your can no longer zip up your American Apparel hoodie. The hoodie that you specifically bought oversized to fit under your leather jacket. “This is bullshit,” you yell. You spend the remainder of the evening complaining online about how you can’t get a well-fitting, sweatshop-free hoodie because fucking Dov Charney needed to throw around his dumb wiener.

Sure, you might not be able to fit into your T-shirt right now, but people make body transformations all the time, right? I mean that guy from Fucked Up lost like a hundred pounds just by smoking pot. If you just smoked a little pot, switched to light mayo on your daily deli sandwich lunch, and tried out an MMA class like you’ve always wanted to you could totally fit into your T-shirts by summer.

You barely go to shows anymore. You haven’t heard about a new band in over a year. T-shirts were your last grip on your fleeting youth. You’re getting older and it’s hard. Also you’re getting pretty fat.

The roomier shirts you purchased from Target have been hiding all of your problem areas in a way you could have never expected. Plus those Hanes five packs are really cost efficient. Comfortable clothes never felt so good.