Five Rockstars Who Became Total Sellouts After They Died 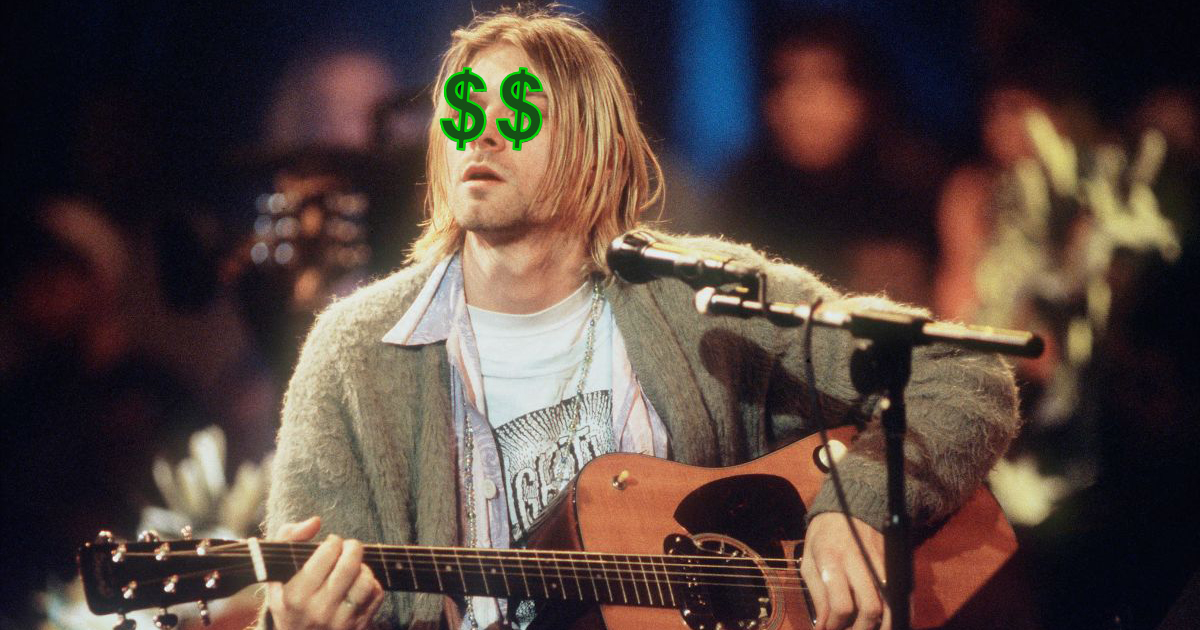 Selling out is a move as old as music itself. Most rock stars who decide to cash in on their fleeting fame by sacrificing total creative control do so while alive (see: Bob Dylan, U2, or Ozzy Osbourne), but some decide to sell out after they’ve already croaked. How pathetic!

Here’s our definitive list of the biggest posthumous sellouts:

Kurt Cobain
Nirvana’s darling frontman, who famously took his own life* in 1994, is first up on the list. Though he was adamantly nonconformist while alive — “I’d rather be hated for who I am, than loved for who I am not” was one of his credos — he totally gave in to corporate overlords after dying and now has a popular Sirius XM station, Lithium, named after his music. Satellite radio is such a sellout move!

What happened Kurt Cobain? You used to be cool. Now you’re dead and rich as hell.

Janis Joplin
The untimely death of Janis Joplin at 27 years old shook the rock world in 1970. But just three months later, her second solo album “Pearl” reached number one on the Billboard charts! We’re not saying that overdosing on drugs in your late 20s is a sellout move, but it certainly seems to help with record sales.

Prince
The iconoclastic artist formerly known as Prince transcended music genres and revolutionized funk rock over the course of his prolific career. But did you know this eccentric songwriter was holding out on all of us? After tragically dying in 2016, it was revealed that he had dozens of unreleased albums and music videos just sitting around collecting dust in his vast estate. We can only assume he was waiting to release them when the time (cough cough, money) was right. Maybe the real symbol he should have changed his name to is a dollar sign!

Buddy Holly
Decades after this young rocker died in a plane crash, Weezer named a song after him. Do we need to say more?

Iggy Pop
While the “Godfather of Punk” is technically still alive, we put him on the list because it’s pretty obvious his looming death is gonna be a windfall for the music industry. Rumor has it his agent has already booked Travis Barker and Post Malone to play at his funeral.