Exclusive: We Couldn’t Get Our Hands Hunter Biden’s Laptop but We Found His iPod Nano From 2006 and It’s Way Worse 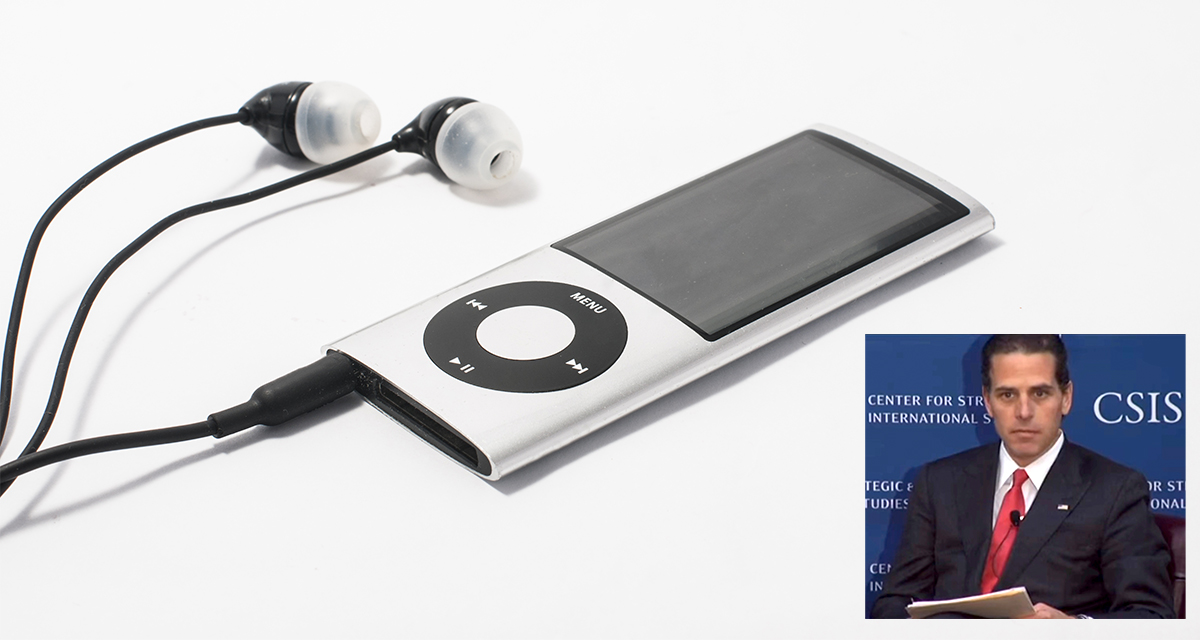 Republicans, rejoice! We’ve stumbled upon some extremely juicy intel regarding your second favorite Biden to shit on. Is it Hunter’s laptop, you ask? Not a chance. That’s so yesterday’s news cycle.

What we have in our possession is far more scandalous. Of course, I’m talking about Hunter Biden’s iPod Nano from 2006 perfectly preserved in its original format. Turns out you can find a lot of old Apple products while rummaging around someone’s trash. That’s called investigative journalism. And trust us, what’s on this iPod is way worse than some nerd laptop.

For one, it’s got a bunch of Dave Matthews Band on it. In 2006, Hunter was one of those guys. But that would explain all those shirtless pictures of himself smoking cigarettes in a bathtub. Honestly, if willfully enjoying “Crash Into Me” isn’t a sign that you’re an enemy of the state, I don’t know what is.

Moving on, we see that Biden junior has a bunch of EDM on his iPod. Clearly, his drug use took him to a dark place that required repetitive beats and electronic instruments. Why else would anyone listen to that?

And if you thought a guy liking “Fight Club” was a huge red flag, wait until you see Hunt’s “Fight Club” soundtrack he’s got on here. Just wow. Real “I’ve had professional relations with Russian oligarchs” energy.

Now for the juiciest part of all. Get this. On his iPod Nano, Hunter Biden has bands called Björk and Sigur Rós. I’ve never heard of these bands before but obviously, they’re from the Ukraine. Just look at the spellings of those band names! Like, how Ukrainian does the song title “Viðrar vel til loftárása” sound to you? Anyway, this unquestionably proves the connection between Hunter Biden and Ukraine. I’m not sure why that’s bad but this is unequivocal evidence of that.

We got you, Hunter. This iPod Nano we stole from you for journalistic purposes proves everything, whatever it is your opponents are trying to prove.