Don’t Worry: We Checked and Vapecore Isn’t a Thing 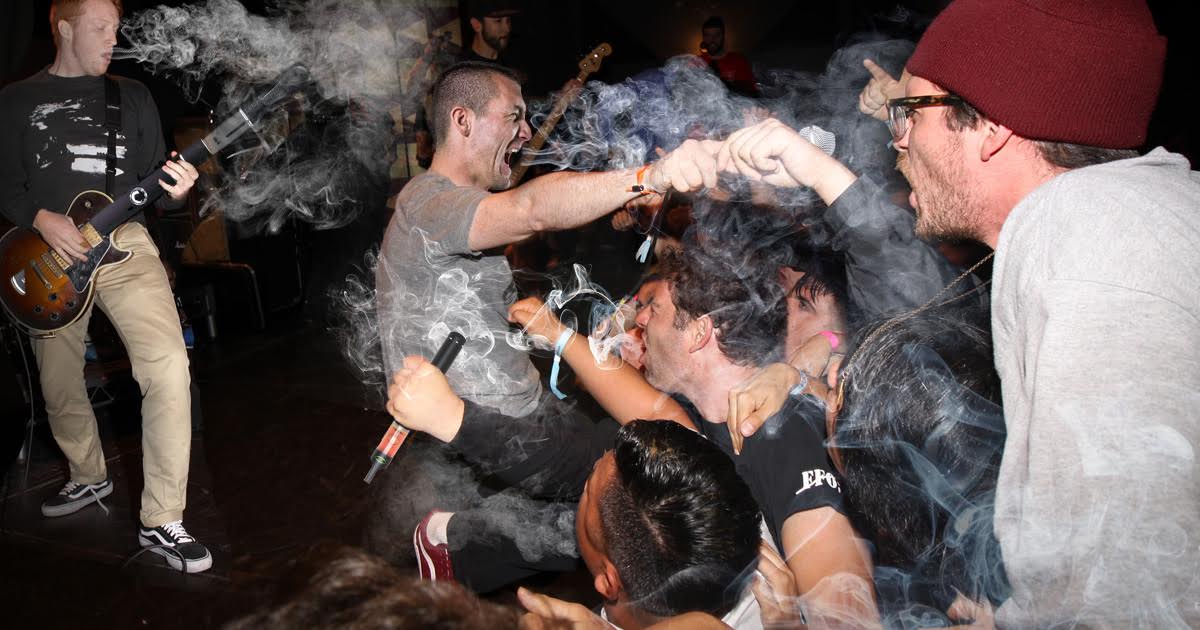 As electronic cigarettes have risen in popularity, so too has the culture of vaping. Vaping has blossomed into yet another subculture that we must be vaguely aware of until it slowly invades something we actually care about. With the emergence of “vape tricking,” a pseudo-organized sport designed around blowing elaborate smoke rings, it is easy to see how vaping could start merging into our everyday lives. Filled with a crippling sense of anxiety that vape culture might have begun to infiltrate the hardcore scene, we did some investigating, and luckily for us, vapecore is not a thing.

Whew, no need to sound the alarm just yet.

We fully expected to type “vapecore” into Google and see bands like “Smoke Dudez,” or “Puff Punx,” or any number of awful vaping puns all over our screen. Luckily, we repeat, vapecore has not yet been invented. Or if it has, it is still operating in secrecy, slowly gaining momentum until our aunt shares a YouTube video with us asking if this is the kind of music we like.

The only thing we were able to find on YouTube when we searched for “vapecore” was a tutorial on how to vape using an apple. Judging by the primitive state of the movement, we are a good five years away from vapecore bands being added to Warped Tour.

Can you imagine what vapecore would even look like? Would the instruments be vaporizers themselves? Like, an e-cig guitar? Is that even technologically possible? Hopefully the technology lags significantly behind the willpower to even create such a thing because that sounds awful. The bands wouldn’t even need a smoke machine. THEY would be the smoke machine.

Unfortunately, it’s only a matter of time until some enterprising group of vapers get together to blend the sludgy grooves of doom metal with the frenetic grittiness of rap rock and the vapecore movement begins. We also want to apologize in advance for putting this idea out into the ether, as we have now all but guaranteed a future full of bubblegum flavored vapecore bands. At least you can sleep soundly tonight knowing it is not yet even a twinkle in the eye of the folks down at Vape Vine Smoke Shop. Enjoy this calm before the storm.

Are you thinking of starting the first vapecore band? Let us know in the comments below!