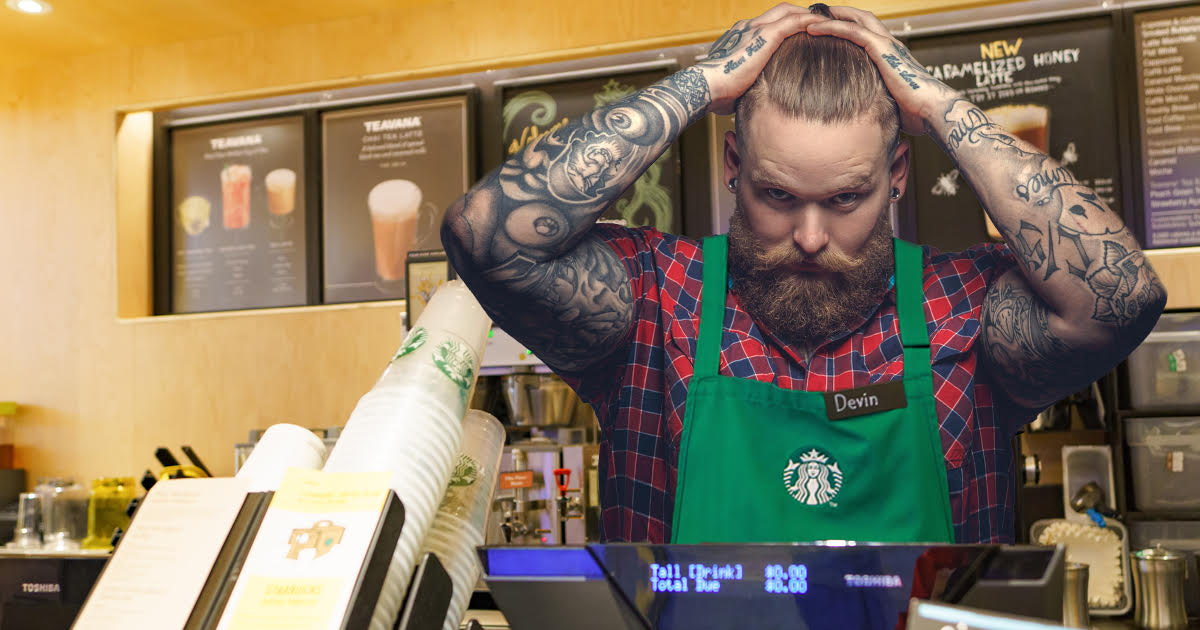 For many Hollywood hopefuls, making your mark in the entertainment industry is a nearly impossible task. Leaving your hometown to jump into one of the least stable and most competitive fields can seem like a fool’s errand. Most aspirants toil for years just to come up short and return home.

Devin is a 26-year-old Ohio native living in Silver Lake, CA. On the surface he seems like your average Joe, but after careful inspection of his Facebook profile we learned the truth about this cinematic savant. Not only is he a writer, producer, and director, he still makes time to work at his local Starbucks.

“It’s a really grueling schedule,” said Devin. “I wake up every day, open my computer, and rewatch the short film I directed in film school for inspiration. Next I get to work writing my newest piece. It’s about a young man trying to make it in Hollywood and laboring in a café to pay the bills. After that, if I have time, I work a quick double shift at the Starbucks on the corner.”

While many others struggle to get their foothold in the film business, Devin McManis really is doing it all and more.

“It takes a lot of discipline to create something worth watching,” said Devin. “I spend most of my time working on preproduction and crewing up for my next piece,” continued Devin, as he typed, “GREAT OPPORTUNITY FOR ROCKSTAR FILM CREW” into his craigslist ad. “I always make sure to pencil in time at the café though … they need me over there. Luckily for me I have a really great manager who keeps my itinerary in order.”

“I post the schedule of our baristas on the bulletin board next to the sink,” said Mark, manager of Starbucks and Devin McManis “I can’t have people coming in late anymore.”

Related: Heartwarming! This Group of 8 Friends Has Dated Each Other Exclusively for the Past 15 Years

“He really inspires me,” said Ben, a lowly barista who does not make films. “Devin’s shown me that if I work hard enough, one day I too might be able to write, ”director” on my business card.”

Are you inspired to get a job at your local Starbucks while trying to crowdfund your next short film? Let us know in the comments below!