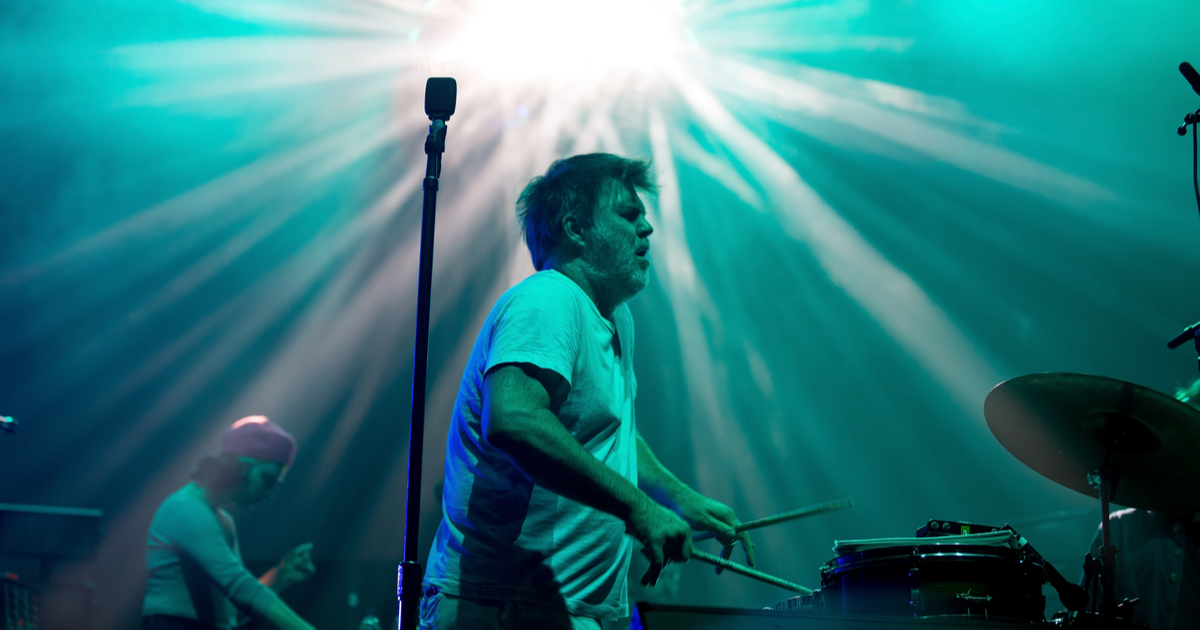 As one of the few people in this world that genuinely listens to lyrics and pays attention to song titles, allow me to blow your freaking mind. Did you know that not every band is telling you the 100% literal truth with every word they produce??? Of the few bands (of LIARS) that commit this unthinkable act, there is one band in particular that almost compulsively spreads lies and misinformation. That band is LCD Soundsystem.

LCD Soundsystem is an “art rock” and “dance punk” band from Brooklyn. I found this information on Wikipedia but the only website they should be discussed on is Snopes. That’s why I took off my music-critiquing hat and put on my music-detective hat (same hat, just way smaller) and fact checked some of LCD Soundsystem’s most popular tracks to inform you which ones are complete and utter lies.

Daft Punk Is Playing at My House (2005) – I combed through every single Daft Punk show ever played and not one was performed at James Murphy’s actual house. For one, he lived in Brooklyn and I heard people that live there can’t even afford houses. Totally unfathomable.

Dance Yrself Clean (2010) – The first red flag is the egregious typo in the title. As someone who corrects people’s grammar online constantly, I know that you should never trust a song name that is spelled incorrectly. Also, there is absolutely no way to adequately cleanse yourself through dance. Case closed.

american dream (2017) – Everyone knows the American Dream is a made up fairy tale. This has been common knowledge since I first learned about it on Reddit. Plus, they didn’t even capitalize the words in the title! Fake news spreading Russians if you ask me.

New York, I Love You but You’re Bringing Me Down (2007) – None of the members of LCD Soundsystem ever had a loving, but tumultuous relationship with the third most beautiful contestant on VH1’s Flavor of Love. Obvious lie.

I Can Change (2010) – False! No one can change. Especially not these guys. LCD Soundsystem’s music hasn’t changed in like 15 years. They’ve essentially put out the same album four times in a row. Lies! All lies!

So anyway, if you’re not doing anything Saturday maybe we can hang out and listen to some music.