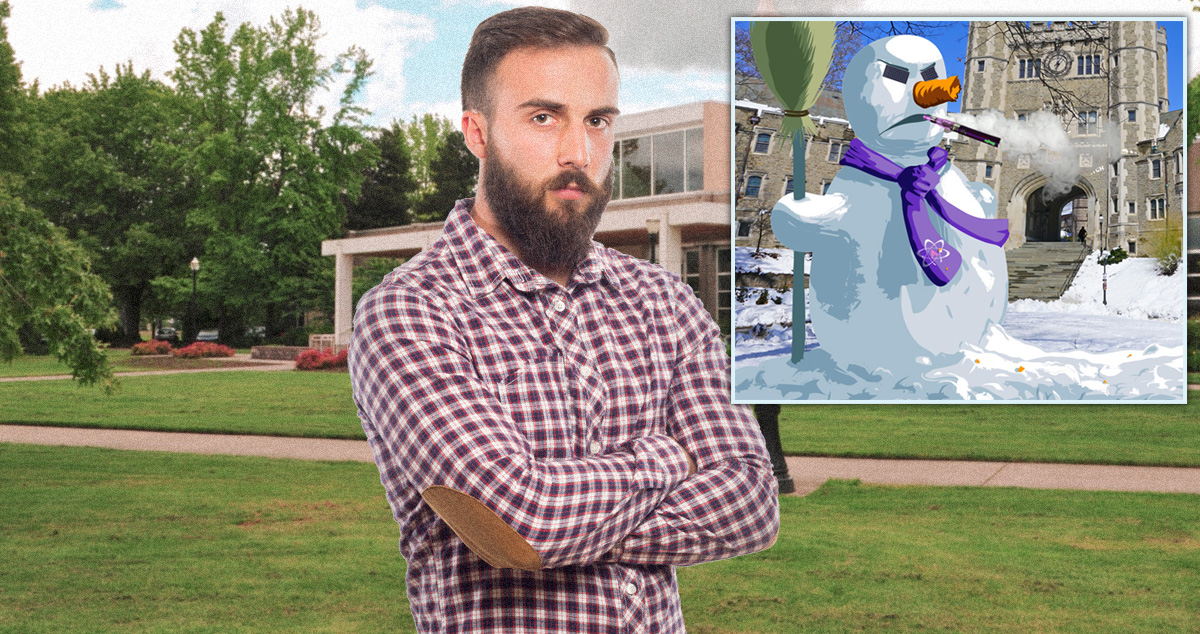 When I was in college young people were better. We didn’t get participation trophies and we weren’t so damn sensitive. But censorship, safe spaces, and trigger warnings have turned our nation’s college students into snowflakes who, if we do not act quickly, will form a giant snowman that threatens to kill us all.

Luckily, this giant snowman will form in coastal-elite college towns. But it won’t be long before he comes for real America. This snowman will be approximately 800 feet tall, godless, and out for revenge. His eyes will be two solar panels instead of coal and his nose will still be a carrot, but one that’s organic. His corncob pipe will probably be a vape.

This snowman will target white men first, freezing us to death just for saying what everyone else is thinking. But his blood lust will grow and ultimately the entire country will succumb to to his icy rule. The free market will suffer and the bald eagle will go extinct. America will be reduced to a winter hellscape of frozen corpses and gender-neutral bathrooms.

Related: I’m Literally a Snowflake and I Consider Myself More of a Social Conservative

I’m sure the PC police will accuse me of exaggeration but they won’t be so smug when they’re crushed to death by a snow monster formed of their own creation. It may already be too late to save ourselves, but remember, the only thing that can stop an evil snowman is a good snowman… with a gun.