How Can Racism Still Exist When It Was Defeated by Ska in 1998? 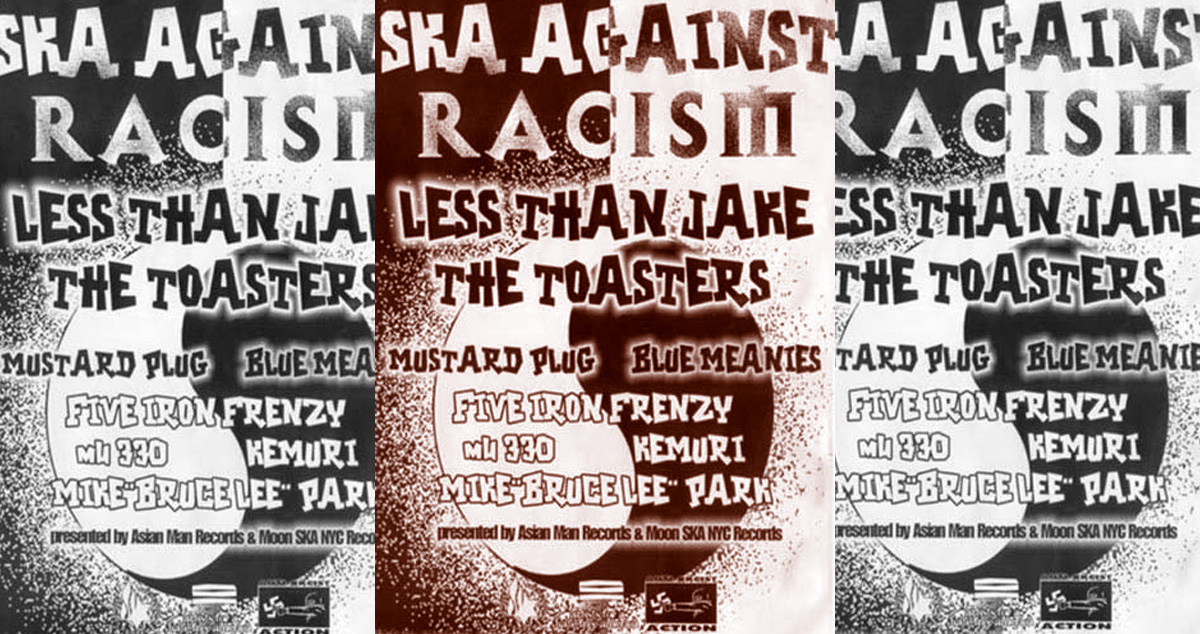 There’s been a lot of talk about racism in America lately and, quite frankly, I find that absurd. Riddle me this, how can the supposed idea of racism exist when it is widely known to have been defeated by the touring festival Ska Against Racism in 1998?

Are you proposing that the united talents of Less Than Jake, Mustard Plug, The Toasters, and christian Ska behemoths Five Iron Frenzy didn’t achieve their goal of ending racism? That, somehow, the horn riffs and skank pits that stirred up the emotions of literally hundreds of white teens DIDN’T result in the immediate and permanent end of racism? Because that would be preposterous.

Do you think these bands did a month-long thirty-city tour for fun or money?! Well I don’t see any of them touting their riches, do you? These humble servants of ska put it all on the line to spread their message to over three different cities in Florida.

These men and one woman from FIF gave everything they had and left it all on the stage in the fight against inequality and for you to assert that it was all for naught isn’t just wrong, it is insulting to the memory of Ska Against Racism.

Mike Park put his ass on the line to tell people that racism is bad and the Blue Meanies risked alienating their legion of fans by drawing such a hard line in the sand. Some have gone so far as to say that it was Ska Against Racism that caused the Third Wave to finally break. Who knows where ska would be today if it hadn’t gone so political.

Therefore, my behavior can’t be racist, as many have said, because MU330’s forty-one second anti-racism manifesto KKK Hiway put the final nail in the coffin of bigotry. I bought a ticket to this tour. I did my part. Now please lift my Twitter ban.