Beyond Helter Skelter: 5 Other Beatles Songs Charles Manson Thought Were About an Impending Race War 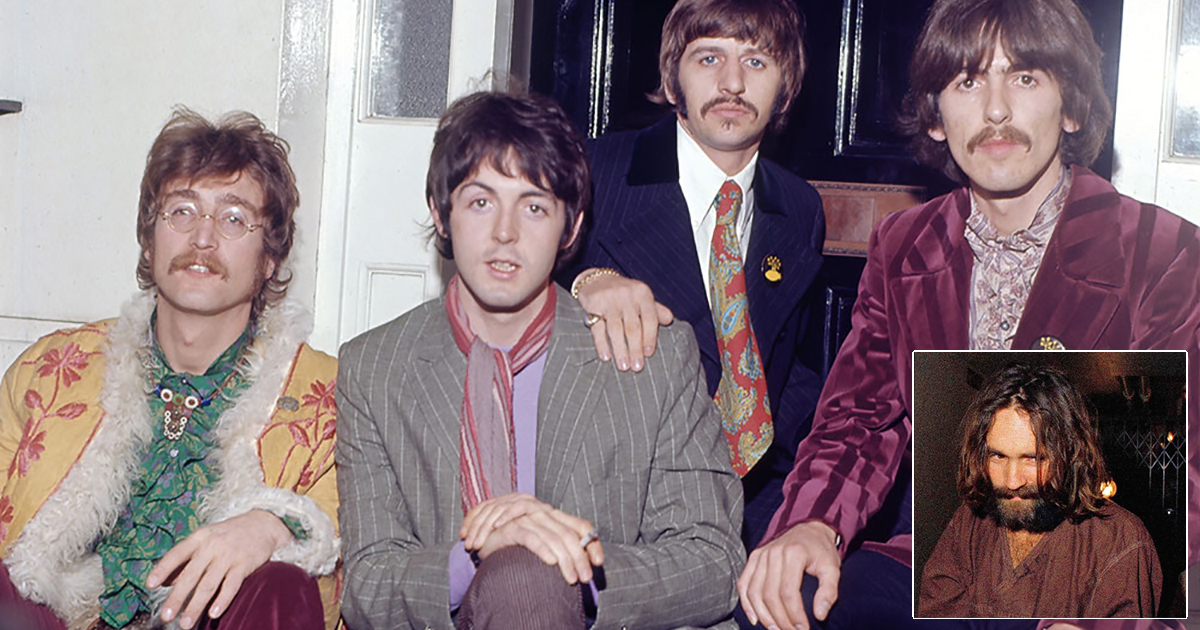 All-around scalawag and well-known forehead swastika enthusiast Charles Manson was famous for many things. But he’s perhaps best known for his belief that the proto-metal Beatles’ hit “Helter Skelter” was a call for a violent race war. But that’s not the only song Manson believed the lovable lads from Liverpool wrote about racially motivated murder.

Here’s 5 other Beatles’ songs ole’ Charlie may have read into a little too deeply.

While “Yesterday” could drive even the most sound-minded among us to dream of murder, Chuck Manson took it a step too far. Manson had it in his head that “the troubles” Macca was referring to were people of all races coming together and inflicting unspeakable carnage on one another. For instance, consider Manson’s interpretation of “I’m not half the man I used to be” to be from the perspective of a Mexican man bisected by a gang of vicious Polynesians.

According to former Manson family member “Tex” Watson, “Daddy Chuck” believed that once the race war began, the family would be safest in an octopus’s garden playing giant clams like bongos. His plan was to create the greatest underwater band of all time, wait for people of color to overthrow their white oppressors, and then win them over with a whimsical music number.

Interestingly, the producers of Disney’s “The Little Mermaid” stated that Manson’s colorful interpretation was the basis for their film’s cheery “Under the Sea” segment, as well as the films overall sexual undertones.

Manson apparently conceived a children’s show based on this song in an effort to recruit more children to his cause. The show would have centered on a plucky little Rocky Raccoon caterwauling around an old west town, getting cuckolded by his whore opossum wife, and then being shot in his fuzzy raccoon belly. The family even work-shopped a pilot they intended to sell to Marty Krofft, but lost funding after several animal corpses-turned-puppets rotted in the desert sun.

While the pilot was never officially released it has maintained an underground following. Actor Bradley Cooper has claimed in several interviews that his performance of Rocket Racoon was “essentially an homage to Manson’s vision.”

“I Wanna Hold Your Hand”

While Manson got the other songs wrong, he was right on the money with this one. Believe it or not, Paul McCartney confirmed in 2011 that “I Wanna Hold Your Hand” is about a race war. In this case, the “hand” McCartney and Lennon wanted to hold was a metaphor for racial disharmony, and as you could probably guess, the “feeling” they can’t hide was that a horrifying race war was imminent.

Manson really screwed the pooch on this one. For starters, he thought that this was a Beatles song. Secondly, he believed that the lyrics were written as a commentary on the tendency for people of opposing races to view one another as less evolved and therefore less entitled to human rights. Even when, years later, a friend showed him an episode of “The Monkees” and meticulously explained that the song existed only to introduce the concept of The Monkees to television audiences Manson simply scoffed and said “That’s what the man want’s you to think, man!”