If The Beatles Evolved Music Then Why Are There Still Monkees? 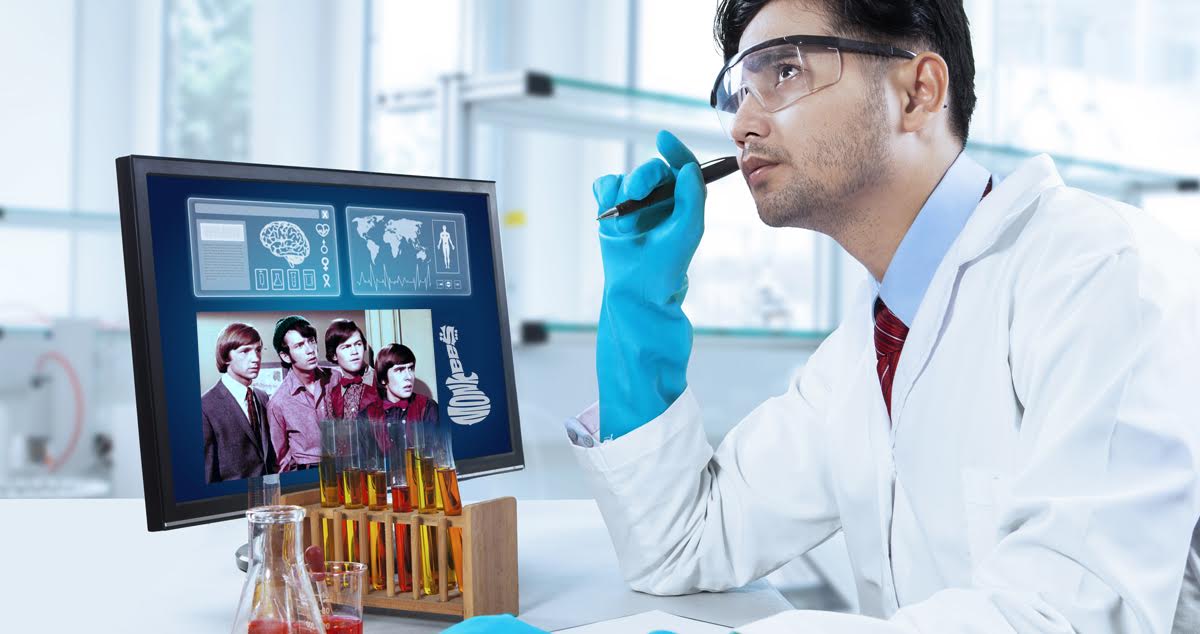 If you ask any mainstream musicologist I’m supposed to believe modern music was evolved from some kind of simpler pop music into the intelligent experimental music of today. I don’t buy it. Let me ask you this, music evolutionists: If The Beatles evolved music, then why are there still Monkees?

The Monkees still toured before the pandemic. The Beatles haven’t played a live show since 1969. What do you say to that, George Harrison? Nothing. That’s what I thought.

I believe all music was intelligently designed by a team of producers and marketing experts based on extensive focus group testing and past market success. The same creators who made The Monkees also made The Beatles, Nirvana, and Katy Perry. There is no such thing as music evolution. I know that to be true down to my very soul.

But there are some who disagree and say bands like The Beatles used artistic creativity and advanced musical problem solving abilities to evolve music as a whole and pave the way for countless others to do the same. But if that were true then why are manufactured pop artists still forming every day?

If music evolution was real, current pop artists would be evolving into innovative genre-bending songwriters all the time. Beyonce would sound like Trent Reznor, Justin Bieber would be playing space rock, and Miley Cyrus would have evolved into Radiohead. Those are just the facts as far as I can tell. So until I see Thom Yorke letting fans finger him on stage, I’m not buying this mainstream music evolution propaganda.

Any reasonable person would see music the same way I do: produced to be easily consumed by the masses by the creators. But I’m not an unreasonable person. I say teach the controversy! Music classes should teach both music by intelligent design and music evolution. Let Lana Del Rey’s carefully packaged presentation speak for itself and others will see the light.

Maybe in the end it doesn’t even matter how music was created. We should all just be happy that it exists in the first place. I just want all forms of music to be appreciated for what they are. Except for Christian rock. That shit can burn in Hell.

Click here for tickets to Fab4Con and use the promo code HARDTIMES to save at checkout for a virtual Beatles experience that has never been seen before. Featuring exclusive footage, untapped Beatles insider conversations, the original recounting of the “Rooftop” with legends like Alan Parsons, Nancy Lee Andrews, and Ken Mansfield along with musical guests, Apple Jam, Mona Lisa Twins, Luther Russell, and much more.