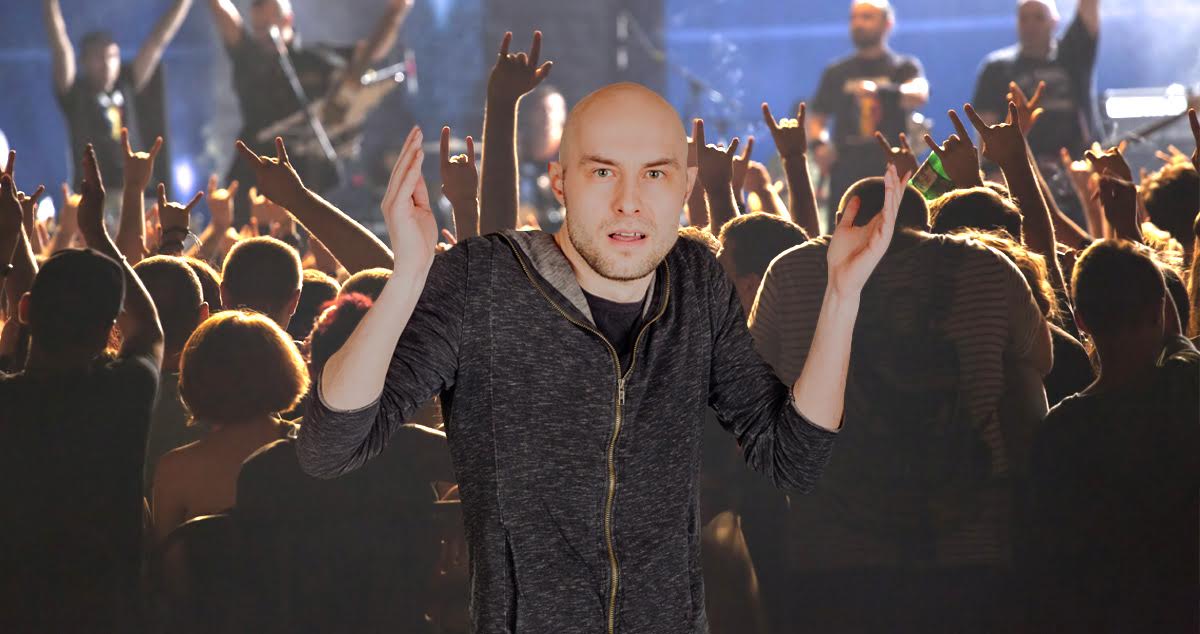 Holy shit, this show has been great! I’m so happy to be here. Nothing beats a night out and some awesome live music. I’m really feeling the vibe, these guys are ripping! But this band just dedicated the next song to old-school fans only so I guess I’ll just go fuck myself then …

When I got into this band last year, I was thrilled to see they had such a large back catalog. I bought every record and I’ve been listening to them almost exclusively all year. It’s just a shame I wasn’t born 20 years earlier so I could have of discovered them early enough to listen to this next song, but I wasn’t. So, apparently I can go fuck myself.

I guess I could run to the bathroom? I got here three hours early to get a great spot right in front of the stage and I’ve been holding my pee all night. But at the same time, I didn’t get into this band early enough so I clearly have no right to be here. Is that guy looking at me like he knows I’m not an old-school fan? Shit, I feel like people can tell.

Maybe I should just buy some of their merch during this song since it’s clearly not meant for ears as green as mine. I thought this vintage shirt from their 1995 tour that I paid through the nose for on Ebay and got signed by each member of the band might give me some fan credibility, but it seems like if the band had it their way I would be stripped of all my clothes and whipped for my inability to buy albums with parental advisory stickers when I was five.

Damn, I really like this song too. This sucks. Maybe I’ll take this time to get another beer? The bar would probably appreciate it too since I appear to be the only one here old enough to drink. I’m kinda surprised all these other people cheered when the singer said “old-school” fans. It’s so cool their parents played this band’s songs while they were in the womb. I guess my parents can go fuck themselves too.

Wasn’t this song a huge radio hit? Wasn’t it also used in a movie soundtrack and featured on a bunch of video games? Man, I wish I heard it before all that so I could enjoy this moment right now.  But it was made clear, this song is not for me to enjoy. I have to abide by the band’s wishes, I don’t want to upset them anymore than I already have. I love these guys and if they need me to fuck off for a few minutes, I guess that’s what I’ll do.