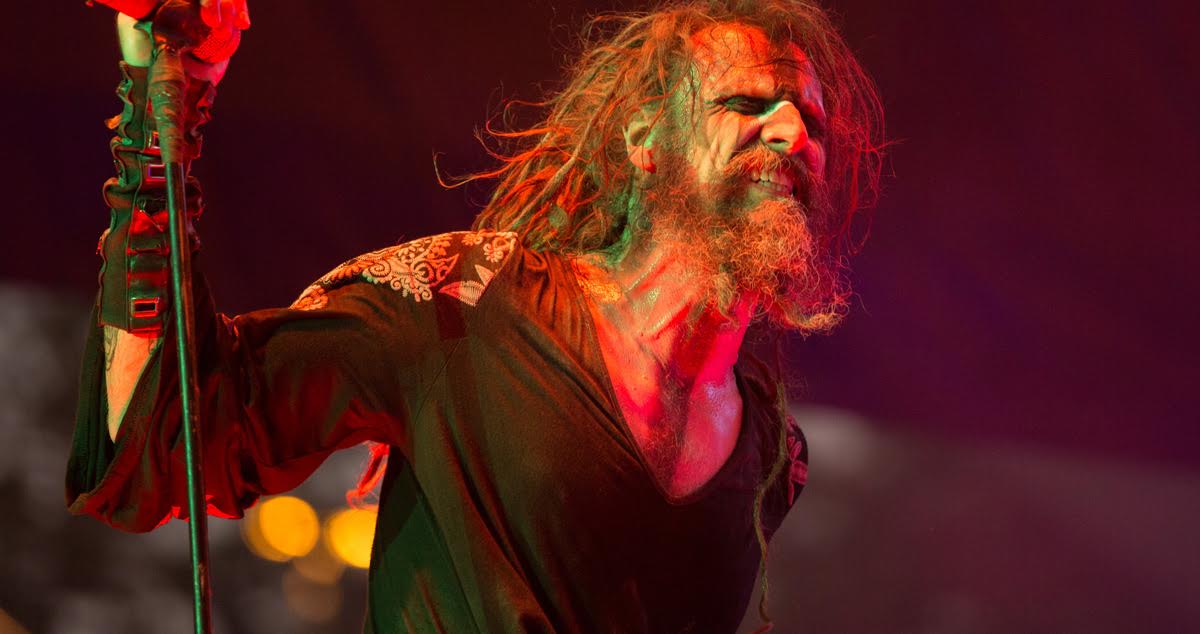 If there are two things that teenagers love it’s horror movies and pop punk. So when Hard Style got the chance to sit down with cult horror director, Rob Zombie we figured he was the perfect guy to ask about the current state of pop punk.

Zombie made perennial 2000s teenage sleepover favorites, House of 1,000 Corpses, and The Devil’s Rejects (which is all about escaping your boring hometown). His movies are like angsty teenage boys, personified. And all his characters are named after pop-culture references, classic pop punk move! Zombie’s latest film, 31 is practically a video game. The Offspring would have sounded great on the soundtrack.

Who would be better to talk to about Saves the Day and Alkaline Trio? Or so we thought. It turns out he’s more of a metal guy. His answers on pop punk leave a lot to be desired to be honest.

Hopefully you still in enjoy the interview. It’s been shortened for length because, well, you’ll see why.

Hard Style: Hey Rob, thanks for sitting down with us. I’m sure you always get this, but what’s your first passion: film making or pop punk?

Rob Zombie: Pop punk? Well, If I were to pick between those options then definitely filmmaking. But music or film in general? That would be a tough choice.

Right, but rolling back a bit, what are some of your favorite current pop punk bands?

Why are you asking me about pop punk? I can’t even think of what constitutes a pop-punk band off the top of my head.

That’s a good point, it is a genre with a wide variety of sounds. So what’s your opinion on that new Knuckle Puck single? What about Modern Baseball’s hiatus?

Are we talking about sports now? Are those bands?

Good one! How about older pop punk? How would you say The Descendants have influenced you as a director?

As a director? Not at all dude. What’s your deal? Not that it matters, but I actually did play a music festival in Australia with them a few years back. They seemed alright.

Strange a movie director would “play” a music festival, but whatever. How about blink-182, were they a big influence on you growing up?

I mean I’ve heard of them, but you realize I’m 52 years old right? I grew up on Black Sabbath and Led Zepplin. I’m probably old enough to be the guys from blink-182’s Dad, and I play metal. How would they influence me?

Oh, just like, in general. Like how Lords of Salem really solidified your reputation as a talented avant-garde filmmaker by deviating from your usual grindhouse-influenced horror. Would you say that was primarily inspired by Alkaline Trio and the way they took pop punk and put a somber, dark spin on it?

What the hell are you even talking about? Can you please ask me something about my music or my movies? I don’t know anything about this stuff. Have you seen any of my movies?

Of course! Sorry, OK I’ll skip that question. How about this! Rainn Wilson was in House of 1,000 Corpses, were you excited when The Office blew up and was referenced on the Wonder Year’s debut ep?

Is this a joke? I’m going to leave now.

Work with me man, my editor really wanted me to ask you about music for some reason. So please, before you go. What’s your favorite blink-182 record?

Dude, I already told you I know almost nothing about that band.

Are you sure? You seem like a Cheshire Cat kind of dude.

What is wrong with you? What the hell even is Hard Style? I’ve been playing heavy metal since before you were born, I have no connection to pop punk whatsoever. I’m out of here.

Wait, wait, this is a good one. Wait, it’s about your movies, OK? OK … Your past few films have been released by non-traditional and/or limited releases. Is it liberating to release material however you want like? Brand New does? Also, would you be open to collaborating with Jesse Lacey?

I’m leaving now. If you’re not going to talk to me about my music or my films I’m leaving. Thank you for wasting my time. Let the record show I am a metal musician currently on tour who has sold millions of records over the years, both with my band White Zombie and as a solo act.

Damn man, chill out. If you wanted to talk about metal so bad you could have just told us before the interview started … Shit he’s gone … Did you guys know he played in a metal band?