Antifa Kicked Me out for Not Having a Facebook 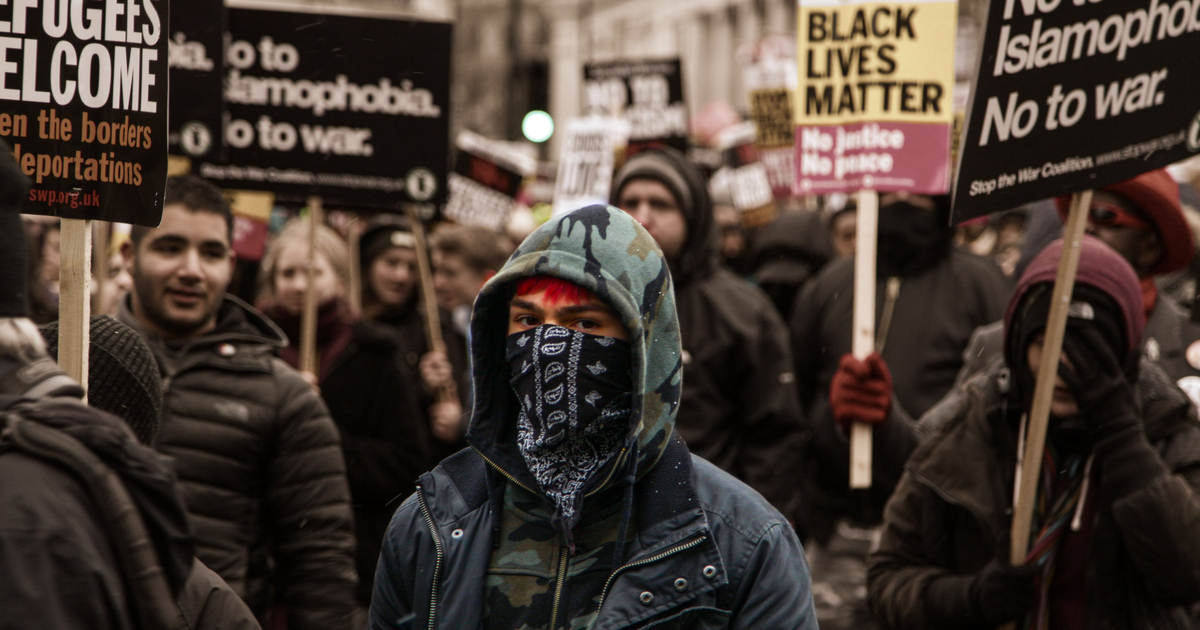 It was November 11th, 2016. Socially-minded people like me were crying on sidewalks outside of Trader Joe’s locations all across the country. Did this mean they stopped selling apple butter? No, it turned out it was something worse. Something… mildly worse than the tragic loss of apple butter..

I saw my friend Hailey. We sat next to each other in PoliSci so I knew she’d know what the apple butter status was. “Trump is President! We need to #resist and #fightback!” I had never heard someone say the word ‘hashtag’ out loud twice in one sentence so I knew this was serious.

A week later Hailey invited me to an ‘Antifa’ Skype meeting. These guys all had bandannas covering their mouths- It was so cool. They were wearing black t-shirts with stuff like “Anti-Flag.” Being against flags, I had never thought of that before.

The guy in charge was named Overhang. The first thing I asked was how to pronounce Antifa. Nobody would answer me. They told me I would need to get more black clothes even though I repeatedly explained that I was doing laundry. I finally agreed to buy a pack of black t-shirts and said I would give one to anyone who needed.

They told everyone to login to Facebook and Overhang would add us to a secret group. I told them I didn’t have a Facebook.

The group chat went silent. Overhang rolled his eyes. Hailey moved her bandanna above her eyes and started apologizing. “What do you mean you don’t have a Facebook?” they all said. “I saw how much it was dividing people so I deleted it. I don’t want to support a corporation that encourages bullying.”

At this point I was booted from the Skype chat all together. Hailey never returned my texts. I guess I just don’t have what it takes to be on the right side of history.