All My Roommate’s Excuses for Not Doing the Dishes Ranked 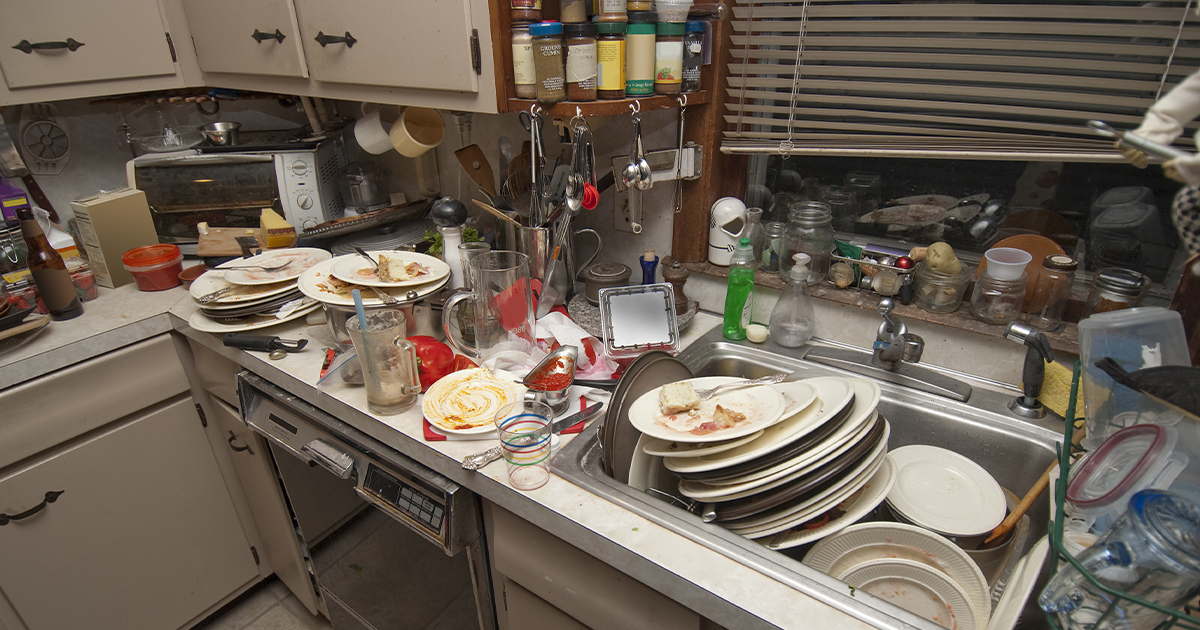 We’ve all heard excuses for not doing the dishes and even gave them ourselves at one point or another. It’s only human to not want to spend your brief moments of bliss away from work cleaning dishes after already wasting so much time cooking. Nevertheless, we all learn to accept the misery by sucking it up and just doing the fucking dishes when push comes to shove. Unless of course, you happen to be the asshole who lives with me.

My roommate will go above and beyond to make sure he never does the dishes, even when crafting his excuses for not doing them is far more work itself.

Let’s rank the best of the best:

10: Dishes are like jeans – so they don’t need to be washed every time.
This is of course bullshit, but it does explain why he seems to have permanent swamp ass.

9: They Need to soak
It’s been 3 weeks. They are soaked. Some of them are rusting, actually.

8: He smoked me out at least once this week so I can actually pay him back by doing them myself.
I didn’t realize the resin hit I accepted out of politeness was transactional, cool.

7: He’s “getting ready” to see Hoobastank.
Apparently, I underestimate the level of physical and spiritual preparedness involved in watching Hoobastank rock the shit out of the free stage at the county BBQ festival, which was the FOLLOWING weekend mind you.

6: He was busy filling in as dungeon master for a crucial D&D campaign.
Apparently doing the dishes would break the “immersion” of the game. Thanks a lot, Stranger Things.

5: The Queen just died
All of a sudden he’s at least a quarter English and needs to take the day off from responsibilities to play FIFA, order Chicken Tikka, and process. Cheeky.

4: It’s 9/11
At least this one has to do with the actual country he lives in, but has this dingus forgotten that he told me time and time again that 9/11 was an inside job? Maybe that makes the day even sadder for him?

3: That kitchen is haunted, bro
His ouija board and tarot cards confirmed there’s a ghost in the kitchen so he’s playing it safe. Last month his ouija board also claimed it was best to pay rent on the 9th, not the 1st like it says in the lease agreement.

2: He’s an alien abduction survivor.
He’s not even bothering tying this one to the dishes, it’s just a thing he says when I bring them up sometimes.

1: “I don’t really eat food.”
He said this to me, just now. Looked me dead in the I and said it. I’m just gonna throw the shit away unless goodwill takes donations caked in 5-week old chili residue. Fuck this guy.