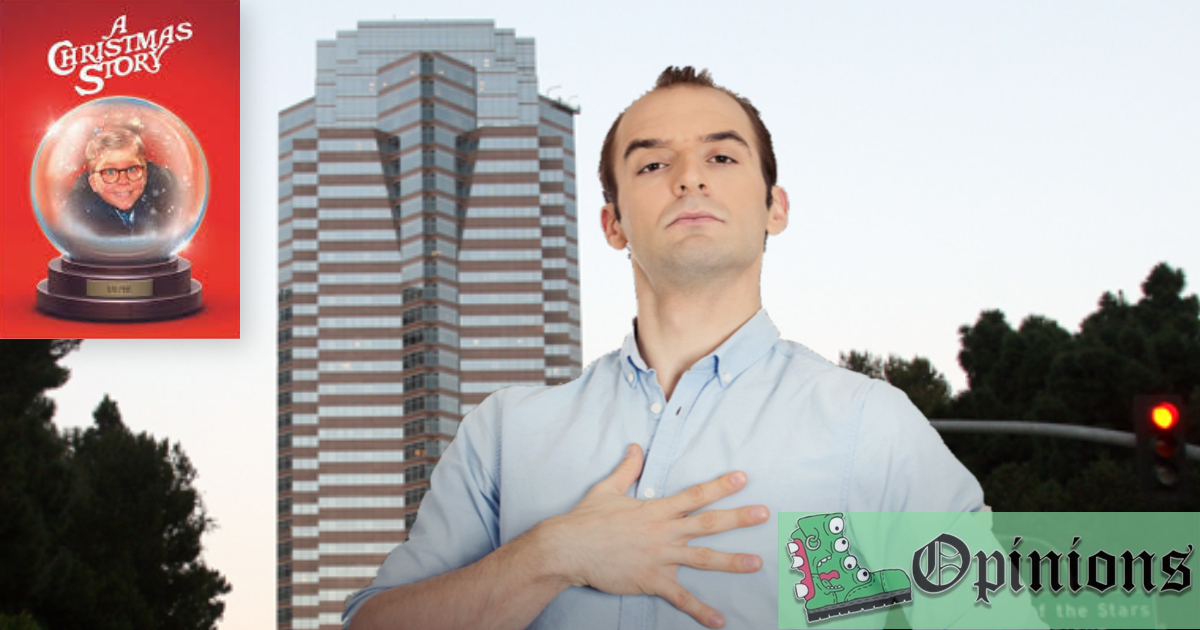 It’s that time of year when film lovers get a little out of control with their seasonal cheer. You know what I’m talking about. This obscene idea that any movie counts as a Christmas movie just so long as the story is set during the holidays.

By this logic, “Lethal Weapon” is quintessential Yuletide cinema because there’s that scene at the tree farm and another with some festive lights. Even though it’s clearly about an anti-Semitic sociopath who wants to make a Jesus-themed snuff film. What? Do you think just because Dan Aykroyd briefly dressed for SantaCon in “Trading Places” makes it Christmastide canon? Hell no! It’s ostensibly nothing more than a delightful parable about the incorruptible perfection of capitalism and how only virtuous investors can succeed in the end.

Let’s start with the setting. Ralphie and his family live in some midwestern Mike Pence utopia with that profane leg lamp in the front window. Oh, please. Only the most morally depraved San Fernando Valley heretics would display something so irreligious in their household. Those apostates live in SoCal! But what of the unrelenting winter weather, you say? That’s simply a metaphor for the 34-story tower confining our heroes who have been taken hostage by the suave, slick-talking Scut Farkus.

The next clue is the scene where Ralphie beats up Scut. This may seem like a heartwarming underdog moment befitting a Christmas movie climax, but don’t be fooled by the subtlety of the writing. This scene absolutely alludes to the overall concept of freeing a bunch of hostages using only your police-issued pistol, some east-cost snark, and a socially-acceptable hairy chest.

Now that I’m thinking about it, “Die Hard” really ripped this movie off!