Good Afternoon, Do You Have 6 Hours To Talk About The Greatest Musician Ever Born? 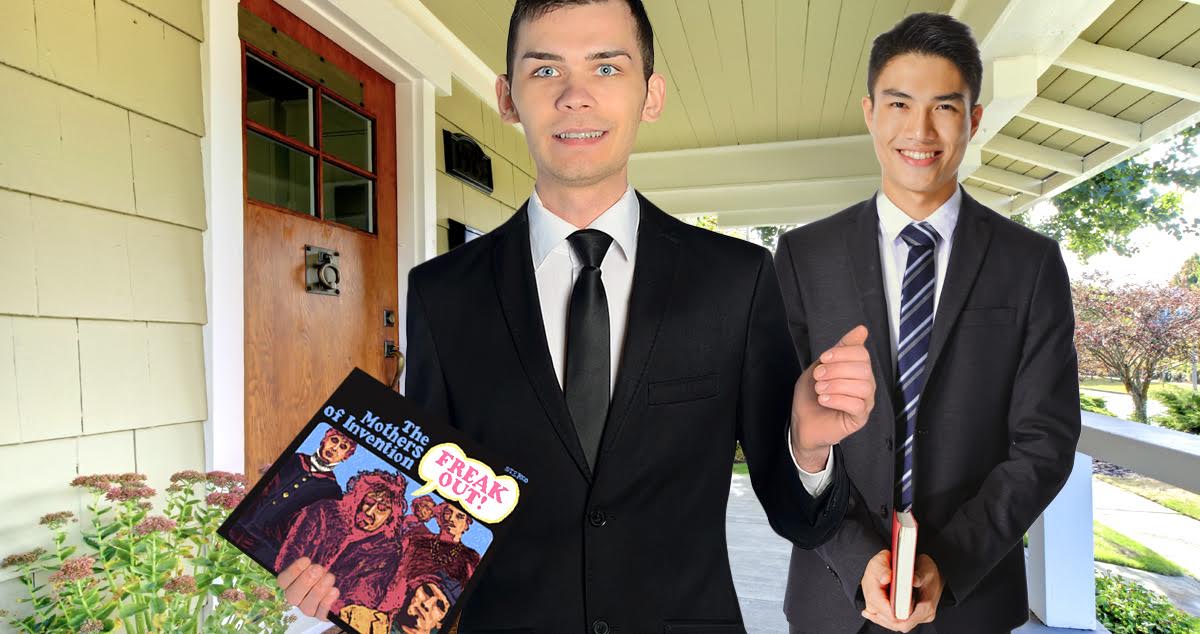 Hello ma’am, I was wondering if you could spare your entire afternoon to hear me ramble on about Frank Zappa, the greatest musician to ever exist? No? Well is your husband home? I would love to explain to him the life changing power and glory of The Mothers Of Invention ad nauseum. Heretics write his music off as pop-novelty, but I assure you, once you let Zappa into your heart he will never leave you.

I have dedicated my life to spreading the word and work of Zappa: from college dorms to first dates, there is not a time or place where I don’t feel the need to disrupt the conversation by asking if anyone has heard the Apostrophe (‘) album or quietly humming the tune to Camarillo Brillo until someone asks about it.

Before you shut the door, let me just ask you one quick question … Do you feel like something is missing from your life? That part of you feels empty inside? Have you ever thought of filling that void with the 109 albums, compilations, and reissues of Frank Vincent Zappa? I know, I know, committing yourself to just one artist seems overwhelming, but Zappa died for your ears.

Look, I understand that Zappa can be a little inaccessible, and I am not asking you to listen to The Man from Utopia or Tinseltown Rebellion. All I am asking is for you to sit down and listen to Strictly Commercial: The Best of Frank Zappa. Do you have a turntable? I will be happy to sit with you and walk you through it track by track until you realize that I’ve eaten up your entire day.

I would like to repeat to you as much as possible how ahead of his time Zappa was and how The Freak Out! inspired the entire psychedelic movement even though Zappa himself did not do drugs. He was a long-haired outcast and a rebel, both from conservative society and the music industry. Does that remind you of someone else, perhaps?

I can see you are looking at your watch. I will let you go but I want to leave you with this personal mixtape I made with some of Zappa’s more heady, orchestral tracks. We also meet every Sunday at the VFW to perform Joe’s Garage in its entirety and study the genius of the criminally underrated album Chunga’s Revenge.

Thank you for your time.

Have you accepted Frank Zappa into your life? Let us know in the comments below!