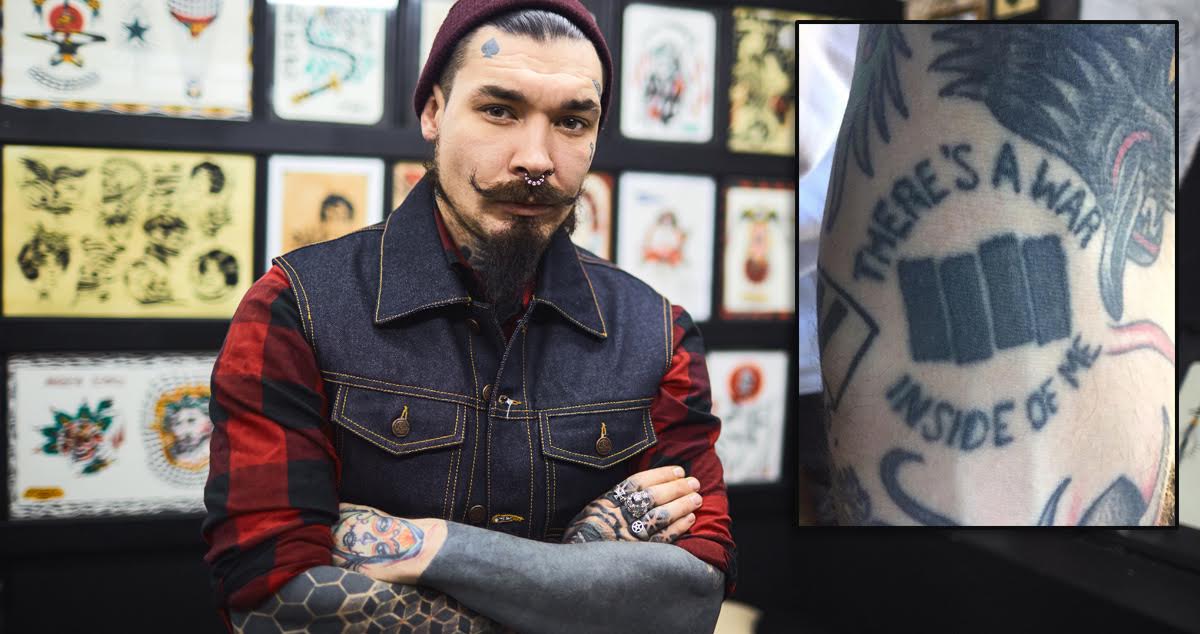 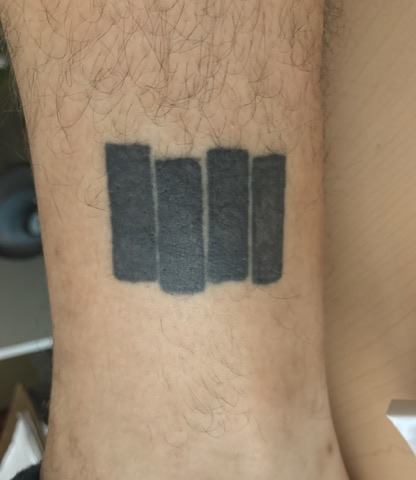 My buddy Joe gave me this one using a machine he made out of an electric toothbrush, some guitar string, and 14 broken Bic pens. He did it behind Gilman in Berkeley during a Black Fag show. It only took 10 minutes, but that’s like 12 Black Flag covers right there. I truly thought the ink would’ve fallen out by now. I regret this one because Joe still owes me $30 for letting him tattoo me. 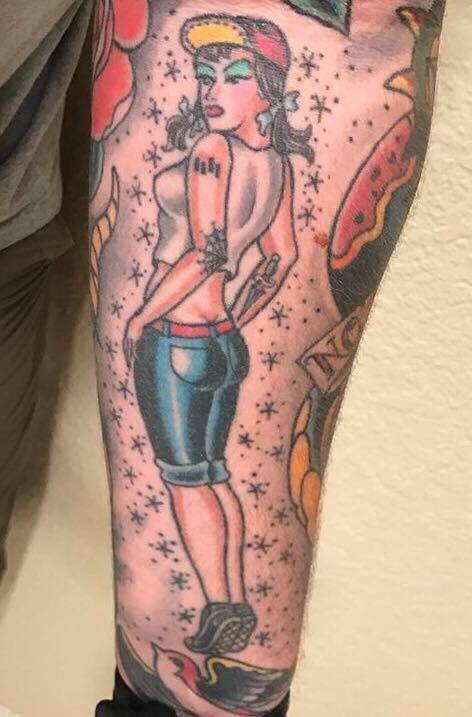 This is a portrait of my ex and also the reason she gave for breaking up with me. We had been fighting for a few weeks and I thought getting this tattoo of her would help calm the waters after she caught me sleeping with her best friend. Man, was I wrong. The worst part is her now husband has the exact same tattoo. They have two kids. 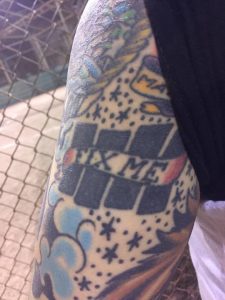 This one I got during my own nervous breakdown. Looking back, listening to a warped copy of the Nervous Breakdown EP on repeat and taking a bunch of acid might’ve been a large contributor to that. Either way, I got it from a tattoo artist with horns and purple skin who spoke with a demon tongue. The tattoo didn’t really work at fixing me as well as I thought it would. Never trust the horned beast. 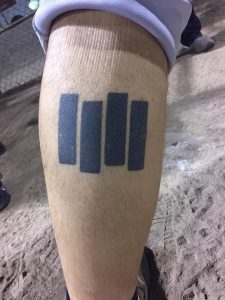 This one is cover up of three separate Black Flag tattoos that I thought were all too small. I don’t mind this one as much but I wish I had GONE BIGGER. There’s just so much more leg space available. Out of embarrassment I have to wear knee socks so my buddies don’t make fun of me for the size. I should’ve had it wrap around to my shin: infinite Black Flag. 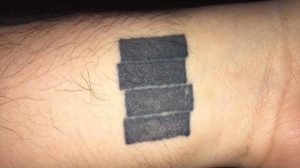 We all do things in our youth that we aren’t proud of and affect us for the rest of our lives. Don’t make the same mistake I did, think before you stick and poke an icon hardcore punk bands logo on your genitals.

Never go to a tattoo artist who knows more Tegan and Sara songs than Black Flag songs. If you do, you’ll end up with lyrics from, “You Wouldn’t Like Me” instead of, “My War”. I should’ve had him stop immediately after I noticed it wasn’t right but that dude was straight up terrifying: he had so many tattoos I’m sure he regretted. I guess technically this one also counts as one of eight Tegan and Sara tattoos I regret too.